Latest Posts
19:03
Home Opinion How the Neo-Ottoman irredentism at the service of the energy war in Mediterranean? 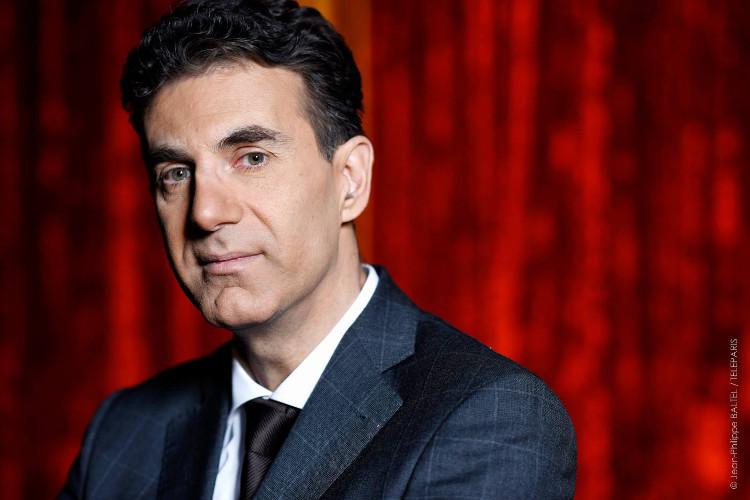 How the Neo-Ottoman irredentism at the service of the energy war in Mediterranean?

On January 2, the Turkish Parliament authorized the deployment of its army in Libya in support of the pro-Islamist government of Fayez Sarraj, in Tripoli, against the nationalist army of Marshal Haftar supported by the Emirates, Russia and Egypt.

Erdogan, whom the Muslim Brotherhood sees as the future Caliph, confirms his imperialist aims by gaining a foothold in the former Ottoman provinces (Cyprus, Greece, Iraq, Syria, Libya, and Tunisia).

Turkey especially covets the immense hydrocarbon reserves of Libya and the eastern Mediterranean under the guise of “defense of the persecuted Muslims and Turkish minorities”.

Less than three months after his third military operation in northern Syria, which resulted in the massacre of thousands of Kurds and the exodus of hundreds of thousands of them, released by the United States, Erdogan reiterates his policy of aggressive interference in Libya.

Nostalgic for the Ottoman Caliphate that he would like to “restore in 2024”, a hundred years after its abolition by the secular Atätürk hated by all Islamists, the Turkish president wants to expand the “strategic depth” of his country in the former Ottoman colonies, officially in name of “the defense of the Moslems” and of the “Turkish minorities” persecuted.

This warmongering diplomacy does not threaten only Syria or Libya: the Turkish army has often carried out military raids in Iraq, to ​​”defend” the Turkmen minorities and permanently violates the waters and the air space of Greece, a warmongering which has been increasing since immense reserves of offshore gas and oil were discovered in the eastern Mediterranean.

Turkey is not only a transit territory for Arab and Persian oil and gas from the Gulf, then Turkish-speaking and Russian from the Caucasus-Caspian region, but it covets the huge reserves of off-shore gas discovered off the coast of Syria, Lebanon, Cyprus, Greece, Libya, Israel and Egypt, whose agreements it demarcates the exclusive maritime zones.

Ankara thus carries out illegal drilling activities in the south of Cyprus and by its military naval fleet prevents French, Italian companies and Cypriots to drill in southern Cyprus.

An unprecedented provocation that the European Union condemned in vain last November: Ankara replied that it would continue more… Astonishing attitude on the part of a candidate country for integration into the EU!

“We have maximized the space over which we have authority. We may carry out joint exploration activities there and no other international actor may, without prior authorization, conduct exploration operations in the areas covered by this agreement. Cyprus, Egypt, Greece and Israel cannot build pipelines for gas transportation without first obtaining permission from Turkey,” Erdogan said in a style that sheds light on its predatory dimension.

His slogan of the 2000s “zero without enemies”, intended to coax the naive Europeans favorable to Turkish membership. In a program broadcast on Monday December 10 on the Turkish channel TRT, the neo-sultan warned that Turkey would be carrying out “joint exploration activities” with Libya, off Cyprus, within the framework of the agreement concluded on November 27 between Ankara and the Islamist government of Tripoli which would aim to “defend the rights of Turkey in the region”.

Hydrocarbons and Turkish-Ottoman irredentism: these are the two reasons for the Turkish decision to send military Turks, pro-Turkish Islamist militiamen and even international and Arab jihadists defeated in Syria to the former Libyan Ottoman colony, whose capital, Tripoli, is threatened by General Haftar, the strongman of eastern Libya.

Erdogan justifies this neo-colonialism by the fact that the Islamist militias of Misrata, which defend the Brotherhood and pro-Turkish regime of Tripoli, descend from Turkish-Ottoman settlers. However if the government of Tripoli, Fayez Sarraj, himself a descendant of Turks, fell, Erdogan would lose a strategic outpost in the Mediterranean and in Africa, where Ankara multiplies the military bases and trading posts (Libya; Sudan, Somalia, Tunisia).

Brotherhood and pro-jihadist diplomacy in the service of hydrocarbons

For months Erdogan has been negotiating with Moscow, Tehran and Damascus for the exfiltration of pro-Turkish Islamist fighters and jihadists whom Turkey was supposed to neutralize but which it used to massacre the Kurds in the north of Syria and which it left to thrive in Idlib, where 12,000 jihadists from Al Qaeda are concentrated and where even Daesh’s Caliph.

Al-Baghdadi was able to hide until Ankara delivered him to the United States in exchange for release of the Kurds negotiated with Trump. Killing two birds with one stone, Erdogan justifies his policy of transferring Turkmen, Arab and international jihadists (including “Europeans”) from Syria to Libya.

According to the Syrian Observatory for Human Rights (OSDH), Turkey has already sent 300 jihadists to Tripoli in the past 8 days and the Islamist and Turkish jihadist fighters have already been over 500 in Libya, including ex-members of al Qaeda.

1,600 others are trained in camps in Turkey and in northern Syria. Many pro-Turkish Islamist mercenaries are leaving the Syrian city of Ras al-Ayn to reach Libya via Turkey and Tunisia.

Pro-Turkish Islamist militias who have committed terrible war crimes in Syria, notably the Sultan Murad division, made up of Syrian Turkmen, the Suqour al-Sham brigades which includes a number of French and European jihadists; or Faylaq al-Sham (Legion of the Levant), 4,000 strong and affiliated with the Egyptian Muslim Brotherhood, have taken root in Libya.

Let us recall that the links uniting the Syrian and Libyan fronts are solid: the Free Syrian Army had been massively supplied by jihadists of the Islamic Group Fighting in Libya (LIFG), who had notably cracked down for the benefit of Al-Qaeda in Iraq, then of NATO in Libya to overthrow Muammar Gaddafi.

Unsurprisingly, another new ex-(neo) Ottoman pro-Turkish stronghold that the Muslim Brotherhood of Ennahda has just reconquered by election: Tunisia is participating in this process: on December 25, Tunisian presidents Kais Said and Turkish Recep Tayyip Erdoğan concluded an agreement to transfer Islamist mercenaries from Syria to Libya, with the possibility of using the airport and the port of Djerba to then reach Tripoli and Misrata.

Simultaneously, the agreement signed by Ankara with the Libyan national unity government (GNA) of Fayez Al-Sarraj, allows Turkey to have a base and ports in Libya, from where it can extend its influence in Eastern Mediterranean.

This is not good for Europeans, because from Zuwara and Sabratha in Libya to Pozzallo, in Sicily, there are only 230 km. The Turkish neo-sultan (caliph), a great follower of power struggles and blackmail (to migrants, whom he threatens to release towards Europe, or to the 50 American nuclear warheads sheltered in the Turkish base of Incirlik, which he threatens to confiscate).

As Egyptian deputy and Islamist essayist AbdelRahim Ali, president of the influential Think Tank CEMO (Center for Middle East Studies), warned, “some of these jihadists dispatched by the Turkish army risk sneaking among the masses of illegal migrants arriving from western Libya to southern Italy or Malta thanks to smugglers and the support of migration NGOs, a real security puzzle for Europe”, unable to neutralize the hundreds of ghosts or jihadists released from prison soon joined by jihadists more from Syria and Iraq.

There are many examples of terrorists arriving in Europe from Libya. Alagie Touray, a Gambian citizen who arrived in Messina (Italy) from Libya in the spring of 2018 and is awaiting refugee status, had planned an attack in Europe.

After his arrest in Italy, a video containing an oath of loyalty to Daesh was found. Two major ISIS terrorist attacks, the one with a truck in December 2016 on a Christmas market in Berlin by Anis Amri and the bombing of the Manchester concert by the suicidal terrorist Salman Abedi in May 2017, were claimed by Islamic State, and were linked to Islamist networks from Libya.