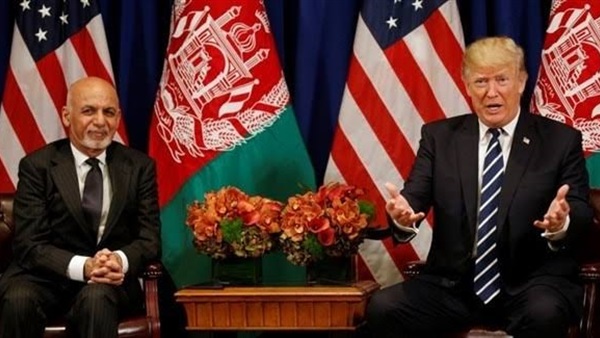 Hopeless negotiations: Future of the ceasefire in Afghanistan

In the context of US President Donald Trump’s interest to address the military presence of his country’s forces in Afghanistan without harming their interests, he stressed that no serious negotiations with the Afghan Taliban could be concluded without a permanent ceasefire.

On January 22, the White House issued a statement about a dialogue between Trump and his Afghan counterpart, Ashraf Ghani, on the sidelines of the World Economic Forum (WEF) in Davos, during which the complete and final ceasefire was a prerequisite for completing the negotiation process to build a stable Afghan state.

Trump also met Pakistani Prime Minister Imran Khan, who confirmed that the conversation between them focused on the issue of Afghanistan and the Taliban, expecting that a peaceful solution to the issue would be concluded as soon as possible. Khan stressed his efforts to reconcile the trends between the disputers without entering as a party to the crisis. However, the spokesperson for the Taliban’s political office in Doha, Suhail Shaheen, said that the ceasefire is the next step to signing a peace agreement with Washington, but added that it requires the latter’s full military withdrawal from the country, according to the Afghan news site TOLOnews.

In light of the aforementioned, it is clear that the ceasefire is a condition for both parties. For Washington, it is a condition for negotiating, while for the Taliban it is a tool of pressure until the completion of the agreement according to its terms on a military withdrawal, the release of its detainees, and the removal of their names from the international terrorist lists.

It is clear that the American president is still counting on Pakistan as a party who can play a positive role to resolve the crisis and control the Taliban movement. Commenting on this, political researcher Muhammad Faraj Abu al-Nur said in a statement to the Reference that the link between Pakistan and the movement is the geographical and tribal variable between the Pakistan and Afghanistan branches, as well as the spread of Taliban elements on the borders between the two countries with suspicions of continuous support.

But relying on Pakistan by pressing it economically to intervene to solve the Taliban crisis in favor of Washington is not easy, because it has little influence on the movement and does not possess real tools to pressure it. From Abu al-Nur’s viewpoint, the Taliban controls large sections of the Afghan side in favor of limited control for the country’s government.

On the other hand, Ali Bakr, a researcher of terrorist movements at the Al-Ahram Center for Political and Strategic Studies, believes that the Taliban’s military operations are a means of pressure for political gain, and therefore the war machine will not stop until after a satisfactory agreement is reached. In a statement to the Reference, he said that the Taliban is the most powerful party on the ground and therefore dictates its terms.

Bakr stressed that reaching a final agreement between the two parties is a problem of the utmost difficulty and complexity, because the Taliban is closely linked to terrorist groups in the region, and there are not enough guarantees to end them.

The problem of international equations

The ongoing war in Afghanistan is only a game of regional power balances and economic interests that violate the security of the country, Nourhan El-Sheikh, a professor of political science at Cairo University, told the Reference, stressing that Washington has enough military and international power to liquidate the entire Taliban but does not have a real political will to do so. She pointed out that the goal of the current negotiations with the movement are only based on Trump’s desire to fulfill his electoral promises about ending the presence of US military forces abroad. As for the region’s future, tension benefits Washington’s interests to a higher degree for economic and political profitability. On the one hand it supports sales of weapons and military equipment by the US Department of Defense, while on the other hand it prevents the movement from ruling alone and its involvement in other international interests.