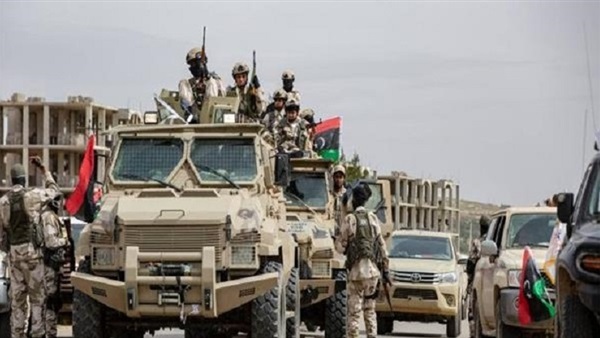 The militias affiliated to the Tripoli-based Government of National Accord (GNA) keep violating a ceasefire in Libya, even as the Libyan National Army (LNA), commanded by Field Marshal Khalifa Haftar, keeps abiding by it.

The ceasefire started on January 12. The LNA vowed to react violently to any violation of the ceasefire on the part of the GNA militias.

Nevertheless, the GNA has a record of dishonoring pledges. The militias affiliated to this government staged a series of attacks in a number of areas in the vicinity of Tripoli. Nevertheless, the attacks scored no success.

In August last year, the GNA militias violated another ceasefire that was imposed in Libya, following the return of the United Nations mission to the North African state.

This humanitarian ceasefire was launched on the occasion of the Muslim Feast of Sacrifice. However, the GNA militias did not abide by the cessation of hostilities agreement and launched attacks against the LNA. The resumption of hostilities led to suspending the air traffic movement at Mitiga Airport.

The security cooperation memo signed by GNA Prime Minister Fayez al-Sarraj with Turkey is also a violation of the 2015 Skhirat Agreement. The agreement bans the entry of foreign militaries to Libya and stipulates the formation of a national unity government.

The LNA faces several militias and criminal groups that operate in Tripoli. It launched an operation for the liberation of Tripoli in April 2019.

Libyan rights advocate Mohamed Saleh Gibril said the ongoing ceasefire is not the first to be declared in Libya since April 2019.

“However, the common thing between all these ceasefires is the nonabidance of the GNA militias,” Gibril told The Reference.

He said the LNA would benefit the most from the ceasefire as well as from the violations committed by the GNA of it.

“These violations will expose the GNA to the international public opinion,” Gibril said.