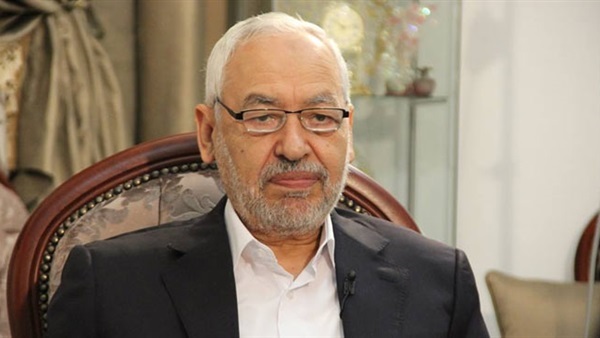 In a statement – published Saturday, January 12, 2020, the Ennahda Movement – the arm of the Brotherhood in Tunisia – said, “The visit of Rashid Ghannouchi, head of the movement who heads the Tunisian parliament to Turkey, and his meeting with Turkish President Recep Tayyip Erdogan, comes within the framework of encouraging businessmen to visit and invest in Tunisia and that the dialogue took place between them on the new developments in the region and the new challenges they face.

The visit, which came as a surprise and was not announced by the movement until after its end, has sparked a great controversy among Tunisian circles, and a large segment of Tunisians have expressed on social media sites their rejection of these Brotherhood moves, according to what was reported by the opposition’s “Turkey Now” website.

The opposition website pointed out that the visit constituted concerns among the Tunisian political and popular circles as well, especially that it came after the fall of the government formed by the Renaissance movement and not giving it confidence in Parliament, in addition to its extent related to the internal situation in the country and the recent developments in Libya.

In turn, the Secretary General of the Tunisia Project Movement, Mohsen Marzouq, confirmed that Ghannouchi going to Istanbul and meeting Erdogan in the Dolmabahce Palace after the fall of the government reveals that the decision of the Ennahda movement is related to Turkey’s directives, adding that Rashid Ghannouchi can go to meet the Turkish leader at any time he wants, but in his personal capacity.

As for the capacity of the Speaker of the Tunisian Parliament who is entrusted with the sovereignty of the people, this is unacceptable and should not be continued.

On his Facebook page, Marzouk called on members of parliament to withdraw confidence from Ghannouchi, adding: “Free members of parliament should ask themselves how the institution of their parliament in the person of the speaker turn into a dependency state of a foreign country? This is an additional reason for a change in the presidency of the Council.”

In the same context, Riyad Jarad, spokesman for the General Union of Tunisian Students, criticized Ghannouchi’s recent actions, describing his recent visit to Erdogan as “suspicious and suspicious.”

Jarad said, in a special statement to The Reference that the visit of Ghannouchi to Turkey and his meeting with Erdogan is a bullying of the latter directly, especially after the Brotherhood’s failure to pass the government to parliament.

He added, “The Renaissance movement lives on a reality of differences and internal rifts, especially after the voices calling for the withdrawal of confidence from the presidency of Ghannouchi to the parliament arose as well as the growing accusations against him of corruption, the exploitation of influence and the appointment of a number of his relatives in sensitive positions at the head of the state.”