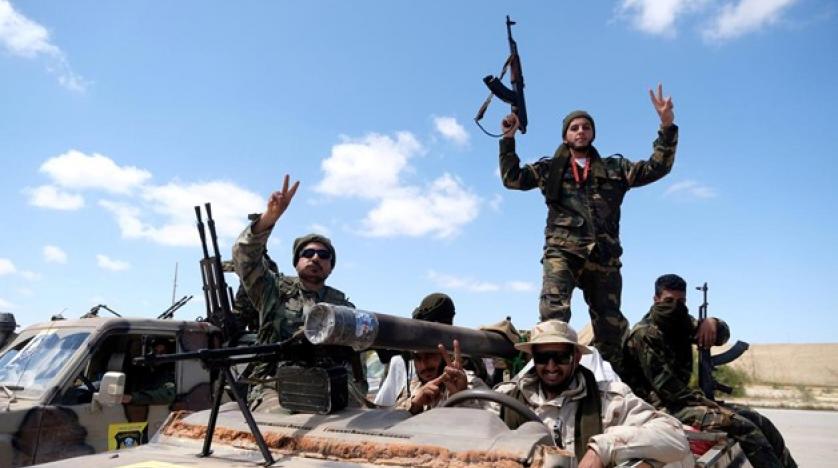 Germany has lowered its expectations for the long-awaited Berlin Conference on Libya, scheduled to be held on Sunday.

Deputy spokesperson for the German government Ulrike Demmer described the conference as “important,” but considered it only a “beginning.”

Berlin hopes the conference would constitute “a cornerstone on the path to a political solution,” Demmer stressed.

She pointed out that “finding solutions to all of Libya’s problems cannot be made in one day.”

In this context, the German government has announced that it is not yet confirmed whether Libya’s Fayez al-Sarraj and Khalifa Haftar would attend the summit.

Berlin has invited Sarraj, who heads the internationally recognized Government of National Accord in Tripoli, and Haftar, who leads the Libyan National Army.

UN Secretary-General Antonio Guterres and UN Special Envoy to Libya Ghassan Salame are expected to participate, along with representatives of the US, Russia, Britain, France, China, the UAE, Turkey, Congo, Italy, Egypt, Algeria, the UN, the European Union, the African Union and the Arab League, Demmer noted.

The German government seeks through this conference to reach an international understanding on how to handle the Libyan conflict as a first step, she said, adding that it is not an endpoint, rather a beginning of a political process.

“The goal is to support the UN efforts for an internal reconciliation process in Libya through a group of countries and international organizations.”

“We are deeply convinced that civil war can only be ended with a political solution.”

German Foreign Ministry spokesman Rainer Breul, for his part, also announced that the upcoming conference “can only be the beginning of a long process.”

He explained that the Berlin process on Libya supports the three point-plan Salame has been working to achieve and which ultimately aims to bring Libyan parties to the round table to reach a political solution.

His plan includes a humanitarian truce, the convention of a new international meeting and holding a comprehensive national conference.

Salame hoped that the Berlin conference would achieve “a minimum level of international consensus.”

The envoy stressed resorting to what has become known as the “Berlin process” after failing to achieve an international consensus in the deeply divided Security Council.

He also pointed to violations of the arms embargo decision, which has been violated by 12 countries.