Latest Posts
14:23
Home Profile From a British bus company to a Turkish armored factory: BMC is military sponsor of terrorism in Libya 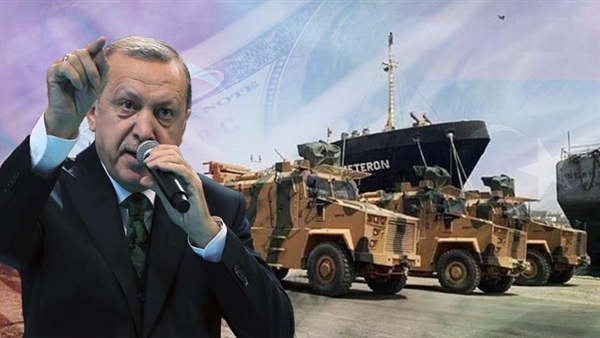 From a British bus company to a Turkish armored factory: BMC is military sponsor of terrorism in Libya

On December 25, 2019, Turkish President Recep Tayyip Erdogan visited Tunisia to meet with Tunisian President Qais Saeed. That visit raised many political questions, especially after the announcement of the signing of an agreement with the Tunisian side, to obtain Turkish armor and a full logistical support package, through BMC company specialized in the field of military industries, and within the scope of the contract.

The well-known Turkish company stipulated that the armor that it would send to the Tunisian side would be deployed across the Tunisian-Libyan border in order to protect the borders, especially with the volatility of conditions in the capital, Tripoli, and the achievement of tremendous progress by the Libyan National Army, led by Field Marshal Khalifa Hifter, and Erdogan’s announcement to send troops “Non-combatant” to Libya, according to the website savunmasanayis, which belongs to the Turkish defense industries complex.

In the context of the blatant interference by Turkey in the Libyan territories, and the support of the militias of the Al-Wefaq government, headed by Fayez al-Sarraj, in May 2019, the Al-Karama Operations Room of the Libyan National Army revealed a shipment of arms and armored vehicles to the Tripoli sea port, coming from northern Turkey by ship. It has borne the flag of the European state of Moldova, noting that the ship coming from Turkey is the ship Amazon, which is a type of Kirby manufactured by the Turkish company (BMC) Automotive to produce armored vehicles.

It explained that this ship is involved in bringing Turkish and Qatari weapons to Libya over the past years; to support the militias of the Al-Wefaq government, and in February 2019, the Libyan customs authorities seized an arms consignment in the sea port of Al-Khums, from Turkey.

BMC from a British company to a Turkish factory

BMC was originally a British company, which opened a branch in Turkey to produce buses and commercial transport vehicles, and in 1989 it was bought by a Turkish company, a private company, Kokrova and since then the company has gained its own designs that are different from the designs of the British parent company, as well as in 2012 the company started manufacturing armored vehicles, introducing the Kirby APM.