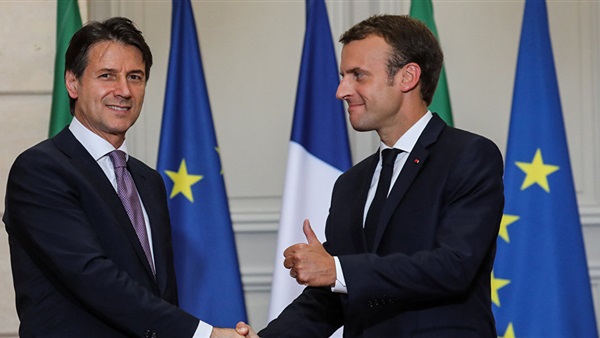 Within the framework of the Russian role to solve the Libyan crisis, Moscow hosted the parties involved for a peaceful settlement on January 13 with the Libyan National Army (LNA) commander Khalifa Haftar, Government of National Accord (GNA) head Fayez al-Sarraj, and Libyan Parliament Speaker Aguila Saleh to discuss signing a ceasefire agreement in the presence of official delegations from Moscow and Ankara. Although Haftar left without signing any agreement, Moscow remains an active party to dismantle the conflict.

Leaving without a signature did not deter Russia from asserting through its Ministry of Foreign Affairs that it was still carrying out its tasks to find a peaceful settlement to the crisis, stressing that Haftar was positive towards the agreement but had requested that the signing be postponed so as to study the proposed items well, which the media attributed to Haftar’s rejection of Turkish intervention in the country.

Russian and European struggle for influence over Libya

While Moscow’s actions towards the Libyan crisis can be seen as a preliminary first step for the serious steps to be taken by the European Union, the latter has been exposed to internal criticism at the level of politicians and analysts. On the Italian TV program Quarta Repubblica on January 13, former Italian Prime Minister Romano Prodi expressed his discontent at the international course of events in Libya, describing it as futile and saying, “Libya, which is close to our shores and whose instability will affect us in a big way, is controlled by Turkey, which wants to determine its destiny in Russia.”

Prodi stressed that Europe no longer has the power to interfere in Libya and cannot do anything about it, pointing to the internal division in Europe. He noted that the agreement between France and Italy towards the future policy on Libya will constitute a starting point for the dealings and the solidarity of all Europe behind them to help the Libyan side overcome its crisis in a way that does not harm the interests of the region.

German political researcher Andreas Kluth said the Russian and Turkish role in Libya reveals Europe’s failure in forming an effective state policy towards important neighboring entities, according to Bloomberg. Kluth added that this also exposes Europe to a reproduction of the Syrian reality, as Turkey will exploit the muddled conditions in order to extend its influence and divide the country into areas of international and armed control. At the same time, Ankara will continue to threaten Europe with the refugee card and blackmail states financially and politically.

The European position towards the crisis has developed a lot, as Italian Prime Minister Giuseppe Conte met with Egyptian President Abdel Fattah al-Sisi on January 14 in Cairo at the Ittihadiyah Palace to discuss Libya, which represents a security dimension for both parties. This constitutes important progress to restore balance to the issue.

Against the background of this development, Egyptian Major General Samir Faraj, former director of the Department of Moral Affairs, said in televised comments on Sada Elbalad that Egypt’s political role with France and Italy recently contributed to the change in Rome’s view of the issue and the unification of positions. He pointed out that Cairo’s efforts strengthened he attitudes towards understanding the Turkish threats to the region and its aims at interfering in the Libyan issue.

However, the forthcoming Berlin summit on January 19 should not be overlooked as a determining step for the future of the regional situation, in light of the efforts made to unify the European position, especially with the Moscow summit not resolving the situation, which was highlighted in the statements of Russian Foreign Minister Sergey Lavrov on Wednesday, January 15 regarding the Moscow summit, which he considered a prelude to the Berlin summit.

Meanwhile, Nourhan El-Sheikh, professor of political science at Cairo University, believes that Russia’s initiative to solve the crisis is based on its good diplomatic relations with everyone – as it is an ally of Egypt, Turkey and the European Union – and it therefore had the best luck in reaping international consensus towards its steps, regardless of the current results.

El-Sheikh pointed out to the Reference that Europe’s role had declined in the beginning, leaving the Libyan arena unresolved, which was due to the divided policies of European countries regarding Libya. This was especially true for Italy and France, who struggled with each other over several issues, including the Libyan file and the lack of a unified vision, which contributed to Turkey wreaking havoc in the North African country, especially in light of the interests that connect Ankara and Tripoli with economic, construction and oil projects.

Moreover, the unification of the European ranks regarding Libya undermines Ankara’s exploitation of the turbulent conditions as it aims to implement its plan to divide Libya into spheres of influence, control the Mediterranean gas, and deploy armed militias in the country so as to keep it in a state of constant turmoil.