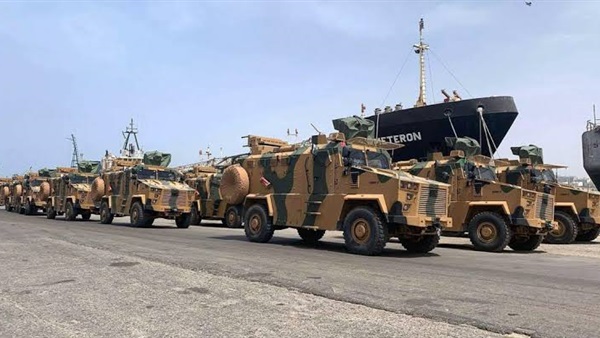 European Union foreign policy chief Josep Borrell on Wednesday, January 15 made critical statements about the Turkish role in Libya during a meeting of the European Parliament in Strasbourg, as he warned against Libya turning into another Syria.

Borrell also criticized Turkey’s transfer of fighters from Syria to Libya, which points to an increase in the conflict in the coming period, especially after the Moscow talks failed to reach an agreement to solve the crisis.

The European Union’s rejection of Turkey sending forces to Libya stems from several considerations, the most important of which is the certainty that the increased frequency of war will lead to a new wave of refugees to Europe, which contributes to increasing the gap between EU countries, especially after several countries such as Poland and Hungary refused to receive refugees.

In this case, the concern is Libyan and African refugees, because the increased frequency of war will lead to chaos, which motivates smuggling networks to increase activity off the Libyan coast.

On the other hand, Europe believes that the mere refusal to accept refugees contradicts the human values ​​that Europe tries to impose on its foreign policies.

Another reason for Europe’s rejection of Turkish military forces being sent to Libya revolves around the fear that the expected refugee crisis will contribute to increasing the popularity of the far-right parties. This is particularly an issue since nationalist parties have exploited the impact of illegal immigration and refugees in order to challenge the popularity of traditional liberal parties, given that receiving refugees is counterproductive to European nationalism, as well as reduces the opportunities for European citizens to find work in some sectors due to the ability of refugees to work long hours for less than what European citizens receive.

The European Union is expected to work to create a kind of understanding regarding the Libyan crisis at the Berlin summit set to be held on January 19, before discussing the approval of international supervision in order to contribute to stabilizing the ceasefire.

It is important to point out that Field Marshal Khalifa Hifter, commander of the Libyan National Army (LNA), refused to accept the ceasefire agreement, as he demanded Turkish forces leave Libya, which was rejected by both Ankara and its ally in Tripoli, Fayez al-Sarraj’s Government of National Accord (GNA).

On January 2, the Turkish parliament approved, 325 to 184, a presidential memo authorizing the Turkish government to send military forces to Libya.

It is reported that Turkey’s ruling Justice and Development Party (AKP) managed to pass the memorandum through the support of the Nationalist Movement Party (MHP), which is fully supportive of any kind of Turkish military interventions abroad, as long as the intervention contributes to deepening Turkish influence in the region.