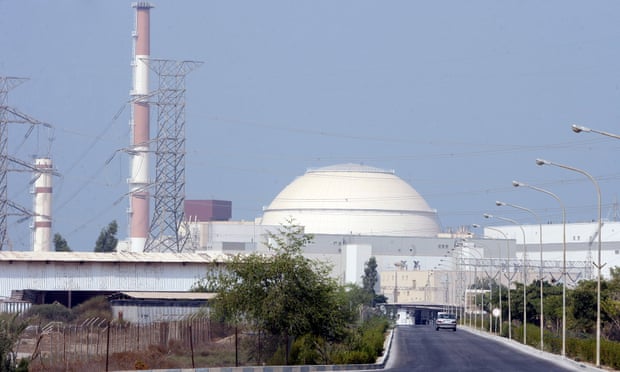 Britain, France and Germany have triggered the dispute resolution mechanism in the 2015 nuclear deal with Iran, a step that over months could result in the collapse of the agreement entirely and the return of European sanctions on Tehran.

Officials described the move as one taken more in sorrow than anger and said it was in part prompted by fears that Iran may now be less than a year away from possessing the capacity to develop a nuclear bomb.

The leaders of the three nations said in a statement that they’ve been “left with no choice, given Iran’s actions, but to register today our concerns that Iran is not meeting its commitments”.

The decision was taken in principle before Christmas by the three European powers, and not prompted by the recent Iranian attack on US bases in Iraq, or the Iranian’s accidental downing of the Ukrainian airliner.

“Our goal is clear: we want to preserve the accord and come to a diplomatic solution within the agreement,” he said. “We will tackle this together with all partners in the agreement. We call on Iran to participate constructively in the negotiation process that is now beginning.”

The six signatories to the deal, Iran, Russia, China and the EU states – France, Germany and the UK – will now meet at political director level in Vienna to hear formally that Iran’s steps away from the deal have required the EU to trigger the deal’s elaborate dispute resolution mechanism.

Very soon after that process, the EU states could inform the UN that Iran is in breach of the agreement, leading to a reimposition of European sanctions.

Donald Trump has been pressing Europe to leave the nuclear deal ever since he unilaterally took the US out of deal in May 2018, and the White House will be delighted that its sustained pressure has paid off. There is little expectation that the Iranians will respond to the EU’s move by reversing the steps it has already taken especially on nuclear research and development, but Europe felt it had no choice but to respond.

In one of the strongest calls yet from Europe for a new agreement to replace the 2015 deal, the British prime minister, Boris Johnson, said the way forward was to agree what he called a “Trump deal”.

Iran has taken its five successive steps away from the deal because it says the EU has not fulfilled its commitment to boost trade . The US has imposed extra territorial sanctions making it near impossible for European firms to trade with Iran and not risk swingeing US fines. A mechanism designed to circumvent the sanctions set up by the EU has so far failed to facilitate a single transaction between European firms and Iran.

European diplomats stressed the move was not being taken to reimpose sanctions, but to try to find some way to press Iran to come back into compliance with the deal. The EU nuclear experts said Iran’s first two steps away from the deal centering on uranium enrichment stockpile were tolerable, but its later steps meant Iran’s path to nuclear break-out was coming too short.

Iran says it does not feel bound to comply with aspects of the deal except allowing UN inspectors into its sites. It is possible Tehran could respond to the EU’s move by banning the inspectors, but diplomats believe the clear signalling to Iran, and representations from China and Russia, will deter it from taking the move.

European diplomats remain sceptical that Trump’s policy of maximum economic pressure will persuade Iran to renegotiate the deal, but instead strengthen the position of hardliners in Tehran.

The current street protests in Tehran have not changed that EU judgment.