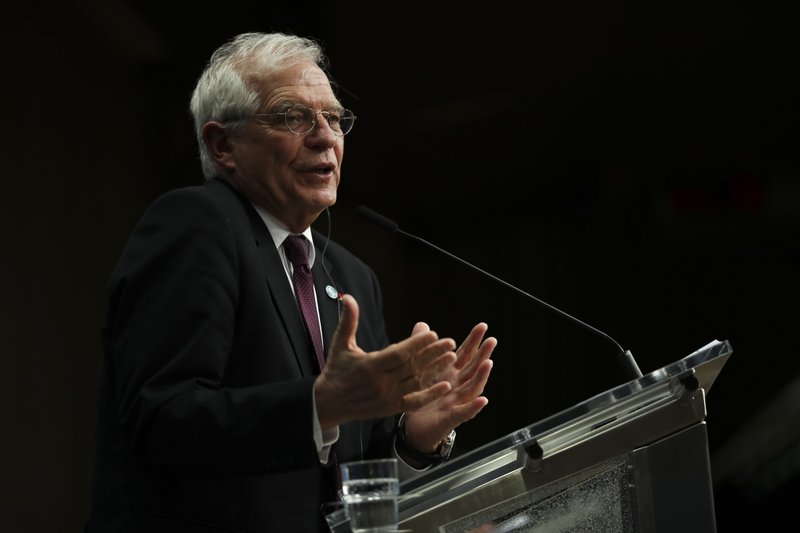 The European Union’s top diplomat said Friday that more time is required to unravel a dispute between countries involved in the Iran nuclear agreement.

On Jan. 15, Britain, France and Germany reluctantly triggered the accord’s dispute resolution mechanism to force Iran into discussions on possible violations of the deal, starting the clock on a process that could result in the “snapback” of U.N. and EU sanctions on Iran if no solution is found.

But EU foreign policy chief Josep Borrell, who is coordinating the effort to resolve the standoff, said the three European powers involved in the 2015 deal limiting Iran’s nuclear ambitions in exchange for economic incentives, agree “that more time is needed due to the complexity of the issues involved.”

“The timeline is therefore extended,” Borrell said in a statement. The dispute mechanism provides for a period of about one month, which can be prolonged if all parties agree, to resolve any disagreement. Borrell’s spokesman did not immediately respond to requests for clarification.

Borrell also underlined that during his consultations in recent days all parties that continue to adhere to the deal, known as the Joint Comprehensive Plan of Action, or JCPOA, “reconfirmed their determination to preserve the agreement which is in the interest of all.”

The accord, which Iran signed with the U.S., Britain, Germany, France, China and Russia, has been unraveling since President Donald Trump pulled Washington out in 2018 and reinstated sanctions designed to cripple the Islamic Republic under what the U.S. called a “maximum pressure” campaign.

Borrell said the so-called joint commission on the deal will meet again in February, and he noted that beyond the dispute, participants are also trying to address “the wider impacts of the withdrawal of the United States from the JCPOA and its re-imposition of sanctions.”