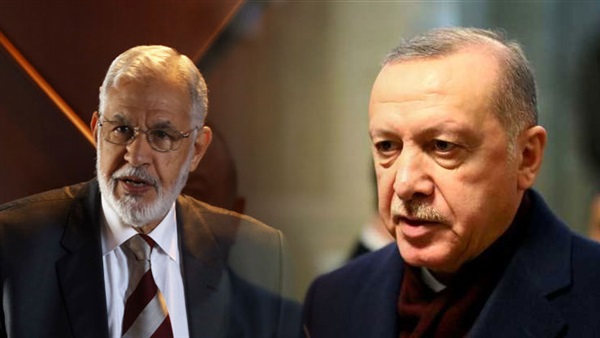 Erdogan’s wishes are Sarraj’s orders: The GNA’s stubbornness in negotiating with the LNA

Within the framework of the dependency that Turkish President Recep Tayyip Erdogan has imposed on his clients in Libya, namely the Brotherhood-affiliated Government of National Accord (GNA), that illegitimate government’s foreign minister, Mohamed Siala, visited Ankara to discuss the Libyan situation in light of the developments on the scene. This came after the failure to reach an agreement between GNA head Fayez al-Sarraj and Field Marshal Khalifa Haftar, commander of the Libyan National Army (LNA), in Moscow regarding a peaceful settlement of the Libyan crisis.

Instead of returning to Libya, Siala presented compelling evidence that the intransigent government’s stance in rejecting a peaceful solution did not come through “national motivation” as much as it came down to the wishes of Erdogan, who dreams of extending his influence in the Mediterranean region and sharing in its wealth by interfering in Libya. This was confirmed by Erdogan’s statements about Libya, in which he said that Libya is not a foreign country for Ankara, but part of the Ottoman Empire.

Siala construed the dependency on Turkey after he traveled to Istanbul as soon as the negotiations in Russia with LNA commander Field Marshal Khalifa Haftar stopped. Moscow had held a round of talks between Haftar and Sarraj in an attempt to reach a ceasefire agreement in Libya starting January 12, based on an initiative reached by Russia and Turkey during a meeting between the two presidents, Vladimir Putin and Erdogan, on Wednesday, January 8 in Istanbul.

Siala’s trip to Turkey comes after GNA head Fayez al-Sarraj and Rached Ghannouchi, head of Tunisia’s Brotherhood-affiliated Ennahda movement, visited Erdogan in Turkey with the aim of coordinating efforts to provide support to the Brotherhood in Libya.

According to the Russian news agency Sputnik, Siala confirmed that Russia had informed them of its intention to continue efforts and attempts to hold a second round of negotiations between the conflicting parties in Libya after they signed a ceasefire agreement with the LNA under the auspices of Russia and Turkey, noting that Haftar asked for a deadline to study the draft agreement.

There were reports that talked about the reasons for Haftar’s departure from Russia and heading to Benghazi without signing the draft agreement, among which was the failure to include a clause stipulating the dismantling of the militias and the failure to set a timetable for their dissolution, which was described as a point of contention and the reason for not signing it. Likewise, Sarraj’s desire is to follow “Erdogan’s orders” and establish a parliament called the “Parliament of Tripoli” in order to strike at the elected Libyan parliament.

In 2016, in accordance with the Skhirat Agreement, the GNA was formed with the backing of Turkey. Since then, there has been a suspicious relationship between Sarraj and Erdogan, with the aim of igniting the situation in Libya, which has recently become evident when Turkey took the formal decision to intervene in Libya. Erdogan has sent mercenaries to Libya and has provided local militants with weapons and military equipment. But now Turkish forces and their loyal militias from Syria are being sent to assist Sarraj. Also, Sarraj and Erdogan signed in November 2019 two memoranda of understanding on the demarcation of maritime borders and strengthening security and military cooperation.

In a statement to the Reference, Libyan affairs specialist Abdul Sattar Hetita said that Sarraj and the GNA’s Libyan Presidential Council have become hostage to the Turkish government, which manipulates them to fulfill its ambitions and uses them as a card to exert pressure on the countries of the Middle East and Europe.

Hetita noted that there is no formal protocol that required either Sarraj or Siala to visit Turkey, but they did so in order to follow the Brotherhood policy of obedience imposed on them by Erdogan. He added that the Turkish regime has become the main puppeteer controlling of the Libyan Presidential Council and the GNA.