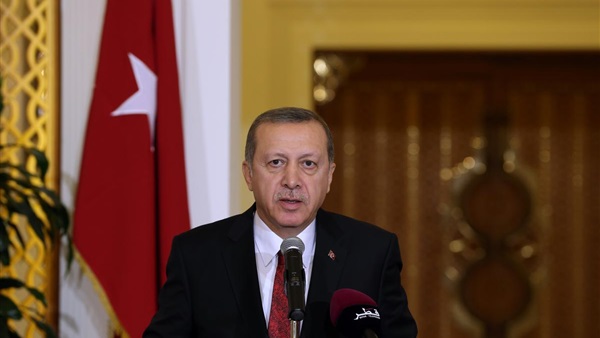 Turkey did not find it easy to convince the international community of the importance of its direct military interference in Libya.

This was especially so with the European Union and NATO, both of which did not welcome the Turkish move.

This was why Turkish President, Recep Tayyip Erdogan, tried to win over North African states in order to ease the entry of his troops into Libya and implement his expansionist economic policy.

The Turkish president tries to use Russia yet again, but this time in the case of Libya, in order to face European opposition to his interference in the North African state.

Erdogan asked Russian President, Vladimir Putin, to mediate a ceasefire in Libya, in a desperate attempt to stop the advance of the Libyan National Army (LNA) toward Libyan capital Tripoli.

Moscow succeeded in convincing LNA Commander, Field Marshal Khalifa Haftar, to stop fighting against the militias of the Tripoli-based Government of National Accord (GNA) which is backed by Turkey.

Haftar said peace cannot be made in Libya without the eradication of the terrorist militias aiding the GNA and controlling the Libyan capital.

The Turkish regime has a long record of support to terrorist groups in Africa. It especially support groups affiliated to al-Qaeda, which have presence on the Red Sea coast and in the African desert.

Turkey backed the Islamic Fighting Group, which used to be commanded by Abdel Hakim Belhaj.

Turkey was the main operations center of the group. Belhaj also used to operate against the regime of the late Libyan leader Muammar Gaddafi from Turkey. Belhaj advocated normal relations with Iran, citing differences between Tehran and the Gaddafi regime.

The truce in Libya is only a new chapter of the Turkish conspiracy against Libya. By imposing the truce, Turkey tries to gain time until the terrorist militias it backs can have some rest and resume fighting against the LNA.

This was exposed by a magazine issued by the Muslim Brotherhood in Turkey.

Europe confronts terrorism in African Sahel by force of law