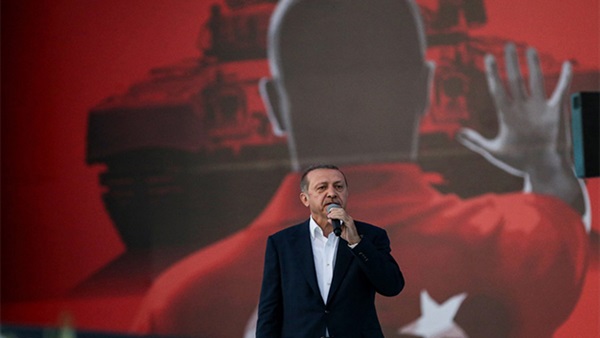 Day after day, facts are being revealed regarding the new Istanbul canal project, announced by Turkish President Recep Tayyip Erdogan as part of his giant projects, as it was revealed to only seek generating profit for a certain party.

It was exposed that the mother of the Emir of Qatar, Sheikh Moza, established a company with capital of 100 thousand pounds in Başakşehir and bought 44 acres of land on the Istanbul Canal route after 1.5 months.

Recently, it was circulated that the members of the Royal Qatar Family also took land on the route of the Istanbul Canal Project, which caused a duel between Erdoğan and the Mayor of Istanbul Metropolitan Municipality.

Turkish businessman and Minister of Finance Berat Albayrak, Erdogan’s son-in-law, was also revealed to have claimed 13 acres of the land, as well as 12 more acres of lands near the new Istanbul airport.

The Istanbul Metropolitan Municipality has been rejecting the project that would severely damage the water resources of the city as well as overcrowding it. This infuriated residents of Istanbul who started organizing campaigns to halt the execution of the project.

Erdogan, who has been trying hard for months, to give the real estate sector, which he describes as the locomotive of the Turkish economy, the kiss of life out of the economic recession, believes that this project, which costs 13-25 billion US dollars, would be the lifeline of the economy.

Residents of the village have said that rarely was anyone passing by until before about two or three months when brokers, including Arabs, began flocking to buy lands.

“These lands will get more and more expensive, the canal will be drilled about one km away from us; our village will cease to exist like this,” villagers say.

Another news regarding Sheikha Moza bint Nasser of Qatar purchasing lands around the course of the new canal have inflamed an unprecedented controversy.

Real estate consultants, who noted that the current value of the land is around 20-25 million pounds, pointed out that the value of the land may increase several times with the new zoning plans to be made after the Channel Istanbul project.

Last November, Sheikha Moza founded a company in Başakşehirdistricts in Greater Istanbul with a capital of 100 thousand Turkish lira, and after only one month, Moza bought 44 dunums of the land, the matter which spread controversy across Turkish streets.

Istanbul Metropolitan Municipality Mayor Ekrem Imamoglu, who rejects the project, see that implementing it would destroy the lake of Targus, which is considered one of the most important drinking water resources in Istanbul.