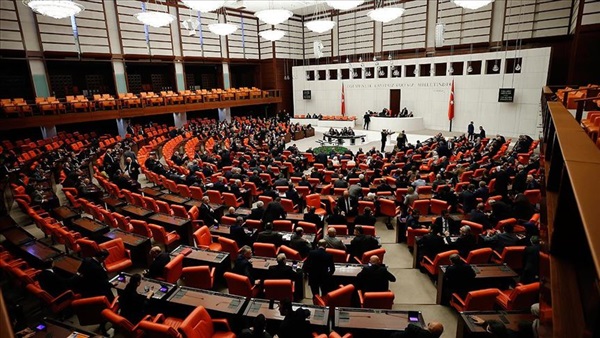 “In order for a major crisis to be resolved… create a bigger crisis” is a slogan that Turkish President Recep Tayyip Erdogan raises by sending troops to Libya in order to solve the Libyan crisis in accordance with his point of view. But this creates a new turn in the war that had been drawing to a close with an overwhelming victory for the Libyan National Army (LNA) over the Tripoli-based Government of National Accord (GNA) militias backed by Ankara.

Erdogan had signed two security and maritime agreements with GNA head Fayez al-Sarraj, and then he announced the start of the deployment of Turkish soldiers in Libya based on the green light he obtained from the Turkish parliament.

Turkish parliamentarians, through a majority of members of the Justice and Development Party (AKP), authorized Erdogan to send soldiers to Libya in support of the GNA in the face of the LNA forces led by Field Marshal Khalifa Haftar, who is supported by the UAE and Egypt.

A report by Foreign Policy magazine published at the end of December 2019 considered Turkey’s dual approach to Libya as a response to its growing diplomatic isolation in the region, where Turkey’s relationship with the United States has worsened due to the former’s incursion into northern Syria, and Ankara is still at odds with the Gulf states.

The magazine noted that Turkey’s moves also come from an economic juncture and fighting for influence around the Red Sea, while a group of countries such as Israel, Greece, Cyprus and Egypt are witnessing cooperation to exploit the region’s energy, leaving Turkey on the other side.

From Ankara’s point of view, the agreements with Libya are likely to provide a way to shape the region’s future in its favor, or at least to prevent what it considers an unacceptable rise in the influence of competitors like Russia and Egypt in the Mediterranean.

The Foreign Policy report places Turkey’s geographical location among the two causes – the relationship between Libya’s military support and Turkey’s geopolitical place in the region, and the agreement with Libya that enables it to claim a large part of the eastern Mediterranean, an area that includes large natural gas reservoirs that Egypt, Israel, Cyprus and even Lebanon are racing to exploit.

Several years ago, Turkey responded to the efforts made by Cyprus to exploit gas discoveries by harassing drilling ships operating there with Turkish naval ships and sending its drilling ships to Cypriot waters, which resurfaced historical differences between Cyprus, Greece and Turkey over the borders.

Those dimensions explain Erdogan’s insistence that he will not back down from his new Libyan deals despite the protests from other countries.

According to the report, legal experts say that the problem is that the maritime border agreement with Libya is inconsistent with international law and is unlikely to be monitored by any of the other countries in the region.

Yunus Emre Açıkgönül, a former Turkish diplomat and expert in maritime border law, said, “The Turkish claim is not in line with established principles of international law,” adding that the Turkish government’s claims that this innovative legal approach gives them a wide area of ​​water does not stand up to scrutiny.

In particular, the bilateral agreement, which violates the rights of other countries, conflicts with international law, according to the expert. In this case, the island of Crete is essential wiped off the map.

The EastMed pipeline plans to export eastern Mediterranean gas to Europe according to the agreements between Egypt, Cyprus, Greece and Israel are not satisfactory to Turkey, which is already playing the role of regional energy hub in Europe due to its location between the gas exporting countries in Asia and the European market.

Turkey has an extensive network of natural gas pipelines, such as the international line connecting it to Russia via Bulgaria, Romania and Ukraine, and the blue line linking Russia to Turkey directly via the Black Sea.

With its geographical location between the gas-producing countries and the consuming countries, as well as already having existing gas lines, Turkey sees itself in an ideal position to take advantage of the natural gas boom in the eastern Mediterranean and strengthen its position as a regional energy hub, but Cyprus represents a major obstacle to Ankara’s ambitions.

There are reserves in the eastern Mediterranean region amounting to about 223 trillion cubic feet of natural gas, 1.7 billion barrels of crude oil, and 6 billion barrels of condensate, according to American Geological Survey studies, which sparked competition between the eastern Mediterranean countries, who see that this wealth cannot be left to one major player, so Turkey is therefore seeking to obtain a share of these reserves.

The energy issue in the eastern Mediterranean takes a new urgency from the point of view of Ankara, especially since Greece, Israel and Cyprus have announced an agreement on the EastMed pipeline carrying natural gas through those disputed waters via Crete to Greece and Italy.

Ankara believes that the new agreement is a way to close the disputed areas in the eastern Mediterranean and possibly prevent other countries from benefiting from the region’s resources without relying on Turkey.

On the other hand, analysis suggests Erdogan is using this issue in order to ramp up support for his popularity, which has declined dramatically in Turkey, as evident in the local elections at the end of last year.

Erdogan is using an outdated gimmick to try to stop this trend. He appeals to the nationalist sentiments among the Turkish population, presenting himself and the Turkish government as a strong regional player in order to win the support of a segment of Turks, especially the religious and conservative. He mentions that Mustafa Kemal Ataturk, the founder of modern Turkey, fought in Libya during the last days of the Ottoman Empire.

One expert told the Foreign Policy magazine, “The agreement also indicates that the decision-making process in Turkey is beginning to turn into a more adventurous and nationalistic axis,” but the report indicated that whether the Turkish government genuinely believes its questionable legal claim or uses it only for political purposes, it is possible that it will have counterproductive results and could isolate Turkey from neighboring countries and international forums.