Latest Posts
17:16
Home Opinion Does Erdogan dare to invade Libya? I’m not sure 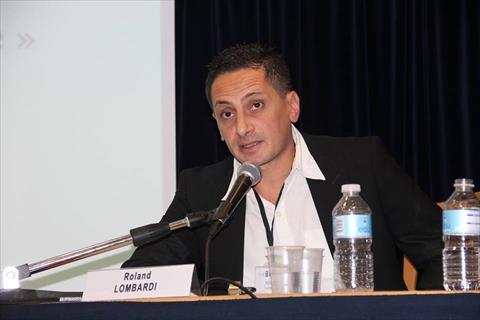 Does Erdogan dare to invade Libya? I’m not sure

There is a struggle in the Arab Islamic world between two blocs:

The first one is consisted of Egypt, Saudi Arabia and the United Arab Emirates, while the second is made up of Turkey and Qatar.

The first bloc supports the strong regimes in the region, while the second bloc wants to launch the second wave of the Arab Spring, and to pave the way for the Islamists to finally gain power (as in Tunisia recently).

The second bloc has witnessed in recent years a series of failed attempts, specifically since the June 30 revolution as well as the Russian military and diplomatic successes in Syria. Doha, and Ankara, seem to want to reassert their influence in the region, which has exacerbated the current Sunni divide.

In this context, Turkish President Erdogan announced that he is ready to send forces to assist the government of national reconciliation led by Fayez al-Sarraj in Tripoli (and supported by the Muslim Brotherhood) to confront the attack of Marshal Haftar.

This statement raised great concerns among the international community. The question remains, can Turkey embark on this adventure? The answer is no!

Even if Turkish parliamentarians allow Erdogan to intervene militarily in Libya, as happened last Thursday, the political opposition in Turkey is resolutely opposed to such an adventure. While the “new sultan” has strengthened his authority since the coup attempt in July 2016, he has been isolated internally (for example, his party was recently defeated in the Istanbul municipal elections).

Another reason that impedes Turkey’s desire to invade Libya is its economic situation, which is experiencing its worst conditions despite the Qatari financial support. Since Donald Trump’s arrival at the White House, American policy in Libya has changed. The American President has stated publicly that he prefers having a Libyan Marshall at the head of the country rather than chaos or an Islamic-led country! Thus, Trump condemned Erdogan and threatened economic sanctions if Turkey interfered in Libya.

Haftar controls more than two-thirds of the country. He controls the oil-rich areas. Finally, Haftar is very popular with the vast majority of Libyans who are tired of chaos. The Libyan National Army has managed to win the support of the country’s main tribes, which are key to a future solution to the conflict.

On the military level, Haftar benefited from the support of France and Egypt (which also threatened to intervene if Ankara implemented its threat), Saudi Arabia led by Muhammad bin Salman, the United Arab Emirates and also Israel, which recently signed a historic gas agreement with Turkey’s opponents, Greece and Cyprus! finally.

Hifter is presented as a Moscow man! Indeed, Russia supports the Libyan marshal militarily and sends him weapons, drones, advisers and even private militia!

Any Turkish intervention in Libya would have a very bad impact in the Arab world, especially for historical reasons (the Ottoman occupation). The League of Arab States will inevitably condemn this intervention.

Algeria (another partner of Moscow) has put its army on alert at the border … It would not be in the interests of Erdogan, who is diplomatically isolated in Europe and within NATO, to get into trouble with the Russian partner.

It is clear that there is a relationship between the attack of Bashar Al-Assad and his ally Putin in Syria on the last enclave of rebels in Idlib and Turkey’s recent attempts to expand its influence in the Mediterranean region.

Erdogan is trying to move the last Syrian jihadist to the Libyan theater before the city fell. The announcement of his intention to intervene directly to support Tripoli is certainly a way to reassure and motivate the Islamists.

Erdogan and his army really ready to go to Libya? Are they ready to oppose the Russian army again? Not sure about that. Let’s get carried away by delusions. After the Syrian file is partially settled and in the current regional context (Europe’s deficit, support for Trump, Egypt, the United Arab Emirates, Saudi Arabia, Algeria, and Israel), Russia may be able to repeat the scenario of September 30, 2015, but this time … in Libya!