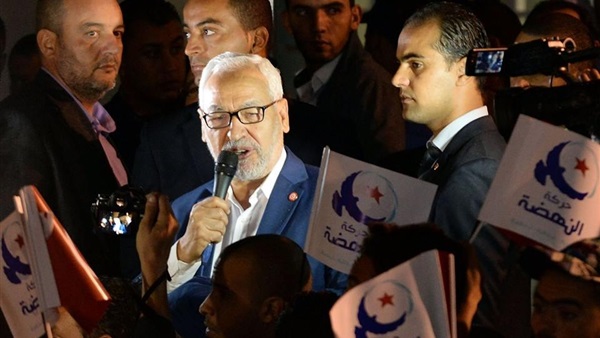 Tunisia’s Ennahdha party, the political arm of the Muslim Brotherhood in the country, has been facing a series of continuous losses recently, especially after the Parliament rejected the government proposed by Prime Minister-designate Habib Jemli.

Jemli was nominated by Ennahdha after it came out top in legislative polls in October but failed to win enough seats to form a majority in the 217-seat chamber.

Recently, three members have also submitted their resignations due to the party’s latest stands, including Hager Barcous, the party’s coordinator in Paris, Hichem Laaridh and Zeyad Bomikhla after years of being members at the party.

In this regard, a number of senior members and leaders of the party have been criticizing the party’s leader Rached Ghannouchi’s policies and accusing him of being singularly opinionated.

Tunisian media outlets and newspapers have reported that Ennahda is being characterized by resignations, which indicates serious splits within the rows of the party.

A lot of criticism has been thrown towards Ghannouchi, especially after he made a “mysterious” visit to Turkey without the permission of the Tunisian state institutions.

Abdelhamid Jlassi, one of Ennahda’s leaders, told Tunisian Channel 9 in an interview that Ghannouchi will not be reelected head of the party, pointing out that parties that adopts dictatorship and abandons democracy pose a danger to the country.

Chehoudi demanded Ghannouchi to resign and get his son-in-law, former foreign minister Rafik Abdessalem, from the scene, along with all the leaders who oppressed the free opinions and votes of young men, women and senior members by excluding them.

It is pertinent to mention that the internal conflict within Ennahda kicked off when Ghannouchi decided to disregard the result of an internal voting that included figures that were not favored by Ghannouchi.

Political analyst Bassam Hamdy told The Reference in an interview that the current and ongoing resignations within Ennahda is a form of protesting Ghannouchi’s mistakes and favoritism of his sons-in-law and close circle.

Hamdy further added that most of the disagreements resulted from Ghannouchi’s individual opinions on behalf of the party, as well as many failed attempts to participate in the decision making process, which is solely controlled by Ghannouchi.