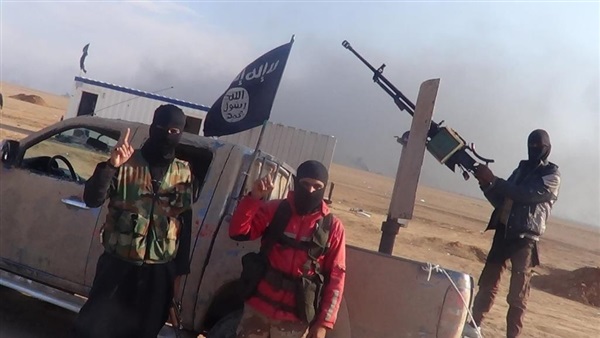 Civilians are the victims of Erdogan’s ‘drone war’ in Libya

The Middle East Institute said that the civilians in Libya are the only victims of the drone strikes being conducted by Turkey to support the Government of National Accord (GNA) led by Fayez al-Sarraj.

The New York-based research institute added in a recent report that Turkey is fighting with other countries by using drones as the primary weapon, noting that Ankara oversees the operation of these aircraft and the selection of targets, which are often aimed at Libyans or refugees from other nationalities.

The Libyan National Army (LNA) has shot down a number of Turkish drones during recent months, including one that was monitoring the army’s positions in the Abu Salim district of ​​the capital, Tripoli.

The institute said that Turkey’s ruling Justice and Development Party (AKP) regime has worked to penetrate Libya since the overthrow of Muammar Gaddafi’s regime in 2011, taking advantage of the presence of armed factions and militias that embrace the ideas of the Brotherhood.

It pointed out that Turkey chose to support militias loyal to Sarraj’s GNA financially and militarily, providing them with weapons and ammunition.

Turkey supports a number of militias in Libya, most notably the Brotherhood-affiliated Misrata Brigades and the militias of Abdelhakim Belhaj, the former leader of the Libyan Fighting Group.

The Turkish president seeks to achieve illegal interests in Libya, including carrying out corrupt money laundering operations, the Middle East Institute report said, emphasizing that Erdogan considers Libya part of his “New Ottoman” project and bets that the intervention in Libya will accelerate his country’s slowing economic growth. The report also revealed the existence of pending contracts in western Libya worth $19 billion for Turkish construction companies.

The institute suggested that Qatar’s Hamdeen regime has allied with Erdogan and provided support to militias affiliated with the Brotherhood.

The GNA concluded an agreement with the Turkish regime stipulating the establishment of a joint maritime border between southwestern Turkey and northeastern Libya, in addition to another memorandum of understanding on increasing military and security cooperation between Sarraj and Erdogan.

The Middle East Institute asserted that the Erdogan regime took advantage of the GNA’s need for military support, and it also benefited from passing the maritime border demarcation agreement, which would harm the interests of European countries such as Cyprus and Greece as well as Arab countries such as Egypt.

The institute called on the United States and European countries to intervene to prevent the continuation of the drone war in Libya and to prevent Turkey from plundering the people’s capabilities through its alliance with the GNA.