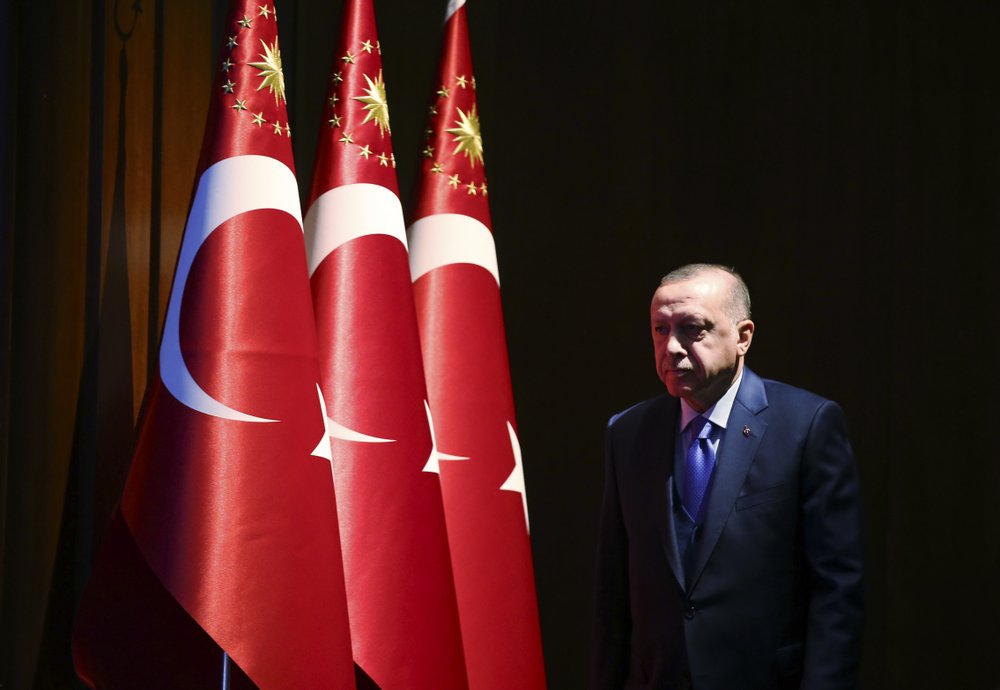 The caliph of terrorism, Turkish President Recep Tayyib Erdogan, linked with great skill between financing dirty operations and the Brotherhood media and supporting his incitement policy, as the French radio station “RFI” confirmed the truth of what was promoted about Turkey providing funds for Syrian mercenaries.

They arrived from Turkey to Libya, to fight with the National Accord government in the capital, Tripoli. The radio said that the Syrian mercenaries arrived on board unregistered flights to the Libyan airport of Maitika. The radio quoted sources as saying that Libyan Airlines and the Libyan Wings Airlines company, owned by Abdel Hakim Belhaj, residing in Turkey, transported the Syrian fighters from Turkey to Tripoli, to support armed groups loyal to Al-Wefaq government, according to Russia Today.

RFI indicated that 4 aircraft landed at Maitika airport, and Syrian fighters landed from the pro-Ankara brigades.

The National Accord government, headed by Fayez al-Sarraj, denied the presence of Syrian mercenaries in Libya, and said that the video clips circulated were filmed in the city of Raqqa, but activists in Libya refuted these allegations and published photos documenting the location of their filming, where they said that the area is near Tekbali in Salah al-Din, 10 kilometers from the center of the capital, Tripoli.

The director of the Syrian Observatory for Human Rights, Rami Abdel Rahman, spoke to a number of media outlets about 500 Syrian fighters arriving in Libya via Turkey, adding that others present in Turkey are awaiting their transfer to the capital, Tripoli.

Information says that jihadist groups have opened the door to register fighters in four points in the Afrin region, where it is alleged that fighters transferred to Libya will receive a salary ranging between $1800-2000 and promises from Libya for additional services from the financing of terrorism to the funding of the media supporting Erdogan’s fascist policies.

The writer for the Turkish newspaper “Yeni Chag”, Murat Aguiril, explained that the Greater Istanbul Municipality, before the presidency of Akram Imamoglu, who belonged to the opposition Republican People’s Party, was spending its budget in support of Erdogan’s party.

Aguirel claimed that the Greater Istanbul Municipality transferred 57 million Turkish liras between 2017 and 2019, to the media and newspapers loyal to the Justice and Development Party (AKP), other than the costs of advertisements funded by the municipality.

“You know, we work hard day and night, but they are looting the public resources coming from the high taxes that we pay,” Aguiril said in an article.

He also referred to the economic crisis that newspapers are experiencing at the moment. The newspaper’s editor-in-chief, Noah Al-Bayraq, announced on December 31, the last issue of the newspaper.

“I am only sad for my brothers who have become unemployed, and have been earning their sweat. But could this media group have experienced a financial crisis? What happened? do you know? It is the Greater Istanbul Municipality. ”

He added: “On the night of the March 31 elections, the newspapers published many false and abusive news of Akram Imamoglu. At the time, I said they were afraid of interruptions in the flow of money. The Istanbul municipality asked how much was being sent to these media. The answer was that the Greater Istanbul Municipality distributed 57 million Turkish liras between 2017 and 2019 among the media and newspapers loyal to the Justice and Development Party, except for the costs of advertisements funded by the municipality. These are only the costs of advertising on the Internet, in newspapers, in magazines, and on pro-government television channels. ”

The matter does not stop when the pro-authority media is funded by the municipal budget instead of caring for citizen services. It was Akramoglu’s decision when he took office to cut off funding for all endowments and associations after another.

Turkish journalist and academic writer, God Oslo, drew attention earlier to the external dimension of the issue, in an article in which he claimed that the greatest risk facing the Erdogan regime is the emergence of the use of Istanbul municipality’s resources to finance what he called “dirty operations” in Syria, Libya, Somalia and Egypt, in addition to the Balkans and the Caucasus, through cooperation with radical Islamic groups