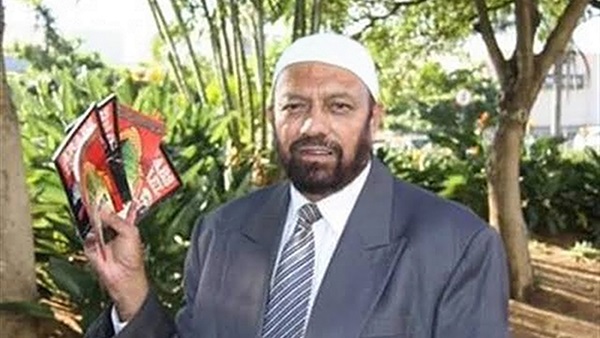 The attempted assassination of Yousuf Deedat, the 65-year-old son of late Islamic preacher Ahmed Deedat, opened the file of the Brotherhood’s presence and incursion in South Africa after members of the group claimed to have killed him. While he was walking towards the Verulam court in South Africa, another man approached him, took out a firearm and shot him once before escaping on foot. This reveals the Brotherhood’s influence and long-standing presence in the country, as well as the elder Deedat’s relationship with the group through his supervision of the centers where the MYM meetings were held and his access to the books of Brotherhood founder Hassan al-Banna and Sayyid Qutb, the group’s theorist.

There have been several visits by the leaders of the terrorist group to South Africa. The most prominent was Brotherhood Secretary-General Mahmoud Hussein’s visit in January 2014 following the fall of the Mohamed Morsi regime on June 30, 2013, which was aimed at inciting against Egypt and participating in activities organized by the Brotherhood-affiliated Muslim Youth Movement (MYM) of South Africa.

The South African news outlet Independent Online (IOL) quoted the police as denying the validity of rumors being circulated about the killing of late Islamic preacher Ahmed Deedat’s son in an assassination attempt. Colonel Thembeka Mbele of South Africa’s KwaZulu-Natal police confirmed that Yousuf Deedat is still alive after being shot in the head outside the court.

Yousuf and his wife were walking outside the Verulam Court when an unknown person opened fire on him on Tuesday, January 14, Mbele added, noting that Deedat was taken to the hospital, while the shooter got away and his whereabouts and motive are unknown.

Meanwhile, Prem Balram, director of the security company Reaction Unit South Africa (RUSA), described the Deedat son’s condition as “critical.” He pointed out that when the paramedics arrived, the victim had been found lying on his face on the sidewalk as a result of a single shot to the head, and he was then flown to the hospital. Balram also noted that the security officer who witnessed the accident followed the suspect, who got into a white Mazda car waiting on nearby Groom Street and then quickly drove off.

According to the South African newspaper the Times, hours after the shooting, social media was filled with news about the death of Yousuf Ahmed Deedat; however, a team of surgeons managed to save him, the Times confirmed, pointing out that a friend of the family said on behalf of Yousuf’s wife Yasmine that he was still alive.

In turn, the Brotherhood’s cyber committees, along with members of the group who fled Egypt, launched a hashtag on Twitter to confirm the killing of Yousuf Deedat after he was shot in the head.

Returning historically to the Brotherhood’s existence in South Africa, the group announced its presence in the country through the Muslim Youth Movement (MYM), which was established in December 1970. The MYM held its first meeting at the Peace Center, which was supervised by Deedat’s Islamic Propagation Center International (IPCI). The MYM spread the Brotherhood’s ideology through Islamist preaching centers, which are estimated at 30 centers, while there are about 500 mosques.

In the 1980’s the Brotherhood’s MYM preferred to move away from politics and adopt a strategy of neutrality, leaving the capitalists and investment owners to engage in their activity to pressure the South African regime at that time. Meanwhile, the movement worked to attract more supporters, which was not accepted by many inside the organization at the time, leading them to defect and establish the Call of Islam organization. They invited the MYM leaders to give up their positions and join the general struggle movement in South Africa.

In the year of the Brotherhood’s rule in Egypt, the group formed an extensive network in South Africa, relying on capitalists to direct the state’s policies there toward attitudes favoring the Brotherhood, especially regarding their stance towards the June 30 revolution that brought an end to the Brotherhood experiment in Egypt.

Among the most prominent personalities that paved the way for the Brotherhood’s presence, especially at the time of the group’s rule in Egypt, was Ebrahim Rasool, the South African ambassador to Washington at that time, who had close ties to the Brotherhood and its leaders. He visited the group’s political party, the Freedom and Justice Party, in January 2012, where he played an important role in the disease of the June 30 revolution. He also had several meetings with a number of leaders of the organization when he was president of the Muslim Minority Leaders Colloquium, which was held in France in March 2013. German Brotherhood leader Ibrahim El-Zayat, nicknamed the minister of finance of the German Brotherhood, and Anas Altikriti, founder and president of the Cordoba Foundation, also participated in the colloquium.

On January 27, 2014, Brotherhood Secretary-General Mahmoud Hussein, accompanied by the Brotherhood’s Investment Minister Yahya Hamid and Salafist Authenticity Party head Ehab Shiha, visited South Africa and met with a number of Johannesburg government officials to establish a media office for the group there, in addition to pushing them to incite the continued suspension of Egypt’s membership in the African Union and their attempts to deny that what happened in Egypt in 2013 was a revolution. The AU Security and Peace Council then insisted on not changing its position towards Cairo, but the latter was absent from attending the AU summit for the first time in fifty years. They also assisted in organizing a conference in South Africa entitled the “Conference on Supporting Legitimacy in Johannesburg”.