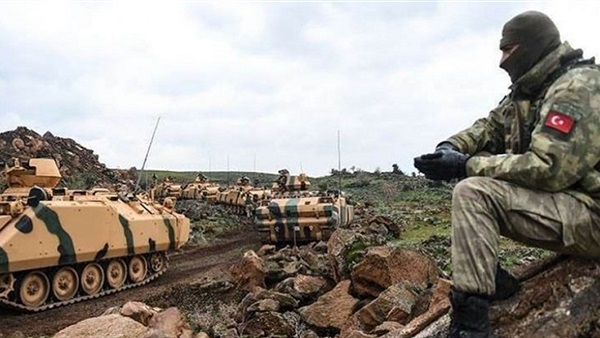 At the end of 2019, Adnan Tanrıverdi, military advisor to Turkish President Recep Tayyip Erdogan, stressed the need to establish a military company to train foreign soldiers, similar to the American company Blackwater.

Tanrıverdi already owns the private military company SADAT, which is a de facto paramilitary force loyal to the Turkish president, and these types of companies spread in Syria following the events of 2011. Military companies specialized in training armed and terrorist groups, such as the company Malhama Tactical, which was established in 2016. Training and exporting fighters from the Syrian conflict to other regions of the world is something that Turkey is well aware of, and it knows the military and economic value that it accrues from this.

Armed terrorist elements are transported from Syria, bringing with them everything they learned while participating in the fighting or from training with specialized companies. It is in this last respect that Erdogan’s military adviser announced his hope to ascend the throne of private security companies. With the main field of combat now in Libya, the Turkish-backed militias have been using the tactics and mechanisms from Syria, which has been witnessed through field assassinations of opponents and the use of car bombs.

Syria reports have monitored the increase in the number of mercenaries loyal to Turkey coming to Libya since the beginning of 2020. These militias include elements of the Syrian National Army, the Mu’tasim Division, Sultan Murad Division, Suqour al-Sham Brigades and Hamza Division.

These militants have participated in combat operations against the Libyan National Army (LNA) led by Field Marshal Khalifa Haftar, and they have resorted to transferring the combat methods they had learned during the years of conflict in Syria.

The Syrian Observatory for Human Rights confirmed in a report that more than 40 of those militia members were killed in the fighting with the LNA since the beginning of the year, and the bodies of 14 of them were deported to Syria during the past week. The killed militants were among more than 1,000 armed Syrian mercenaries in Libya.

The Syrian Observatory pointed out in a previous report that there is information confirming that terrorists loyal to Turkey have carried out field executions against prisoners who fell to them during battles that took place near the Libyan capital, Tripoli.

News sites affiliated with the LNA, including Oil Crescent News and Libyan South, revealed on Wednesday, January 15 how pro-Turkish Syrian mercenaries are transferring their war plans from Idlib and eastern Ghouta to Libya.

Videos were also published showing the use of booby traps to stop the LNA’s progress in a number of areas, which is one of the mechanisms the militias used in Syria. This increases the risk of dependence on money from the Libya’s central bank, which is managed by the GNA, to bring these elements from Syria to southern Tripoli and Warshefana.

The method of using booby traps is not new for the Turkish-backed Syrian militias, who have long accumulative experiences in such warfare, which they learned from the bitter years of fighting in Syria.