Latest Posts
19:33
Home Reports Berlin summit: Hope for a halt to arms transfers and a ceasefire 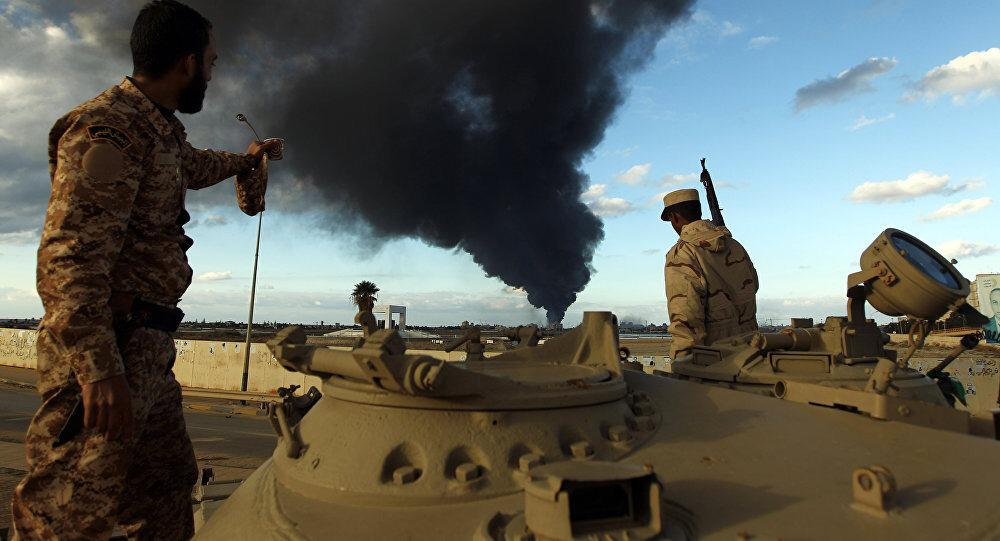 Germany would be willing to contribute to any peacekeeping force once a durable cease-fire is in place, Annegret Kramp-Karrenbauer, the head of Merkel’s party and the country’s defense minister, said.

The five permanent members of the Security Council (the USA, Russia, the UK, France and China) will attend, as will Italy, the United Arab Emirates, Turkey, Egypt, Algeria and the Republic of the Congo. The United Nations and the European Union have also been invited, as have the African Union and the Arab League. Libyan Prime Minister Fayez al-Sarraj and General Khalifa Haftar have also been invited to Berlin.

Libya has long since become the theatre for a proxy war and we are no longer willing to tolerate that. That is why we launched the Berlin Process. We have been talking for months to countries that are exerting influence in Libya and we seek to cause them to commit themselves to support the political process under the aegis of the United Nations.

Greek Prime Minister Kyriakos Mitsotakis has threatened to block any cease-fire agreed in Berlin unless Turkey and the GNA abandon a maritime border agreement that disregards Greek sea rights in waters that could have significant natural gas deposits. Greece, an EU member, was not invited to attend the conference in Berlin.

“We call upon the UNSC [United Nations Security Council] to impose appropriate sanctions on those who are found to be in violation of the ceasefire arrangements and on Member States to enforce these,” the draft says.

The comminque expresses a commitment to “refraining from interference in the armed conflict or in the internal affairs of Libya” and urges all international actors to do the same.

German parliamentarian Ralph Brinkus hopes that the Libyan conference will provide an important impetus: “The humanitarian situation is terrible,” he says. “Libya is a transit country for many smugglers. Libya is a country harboring terrorists – so we must be careful and we must act now in this very volatile situation.”

The conference guest list caused problems previously. Greece and Tunisia complained that they were not invited. Tunisia and Greece were widely criticized for not being invited in German circles.

Annalina Barbok, the Green Party deputy, said, “I think this is really wrong.” She added, “It is very true and good” that the federal government is organizing this conference. “But precisely that Tunisia is not invited – that is the neighboring country that is already suffering from the war, and that it is acting constructively.

The federal government has restricted its calls to countries that influence conflict from abroad, for example through arms transfers. This is what it will be like if the conference succeeds: the continuous implementation of the arms embargo imposed on Libya and a permanent ceasefire. German Minister of Defense on sending German soldiers to Libya to maintain the cease-fire if it is achieved

“It is quite natural, in my opinion, that Germany also has to deal with the question of what it can contribute in this regard. The Federal Defense Ministry and the German Army can decide quickly and concretely what our contribution might look like but the first step is that such a decision must be passed Step “.