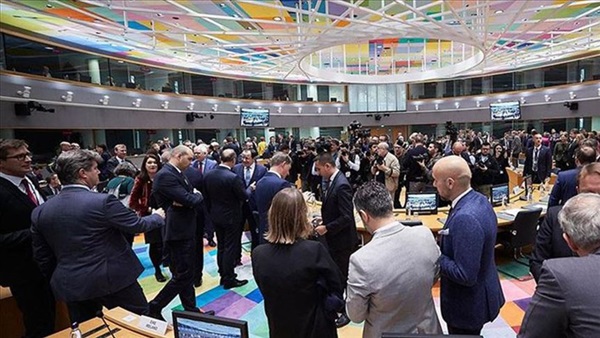 Aiming to define a path for peace in Libya, Germany will host a summit on January 19 to discuss the situation in the troubled country, which is scheduled to coincide with the visit of Turkish President Recep Tayyip Erdogan to Berlin and will witness the participation of Russian President Vladimir Putin and Italian Prime Minister Giuseppe Conte.

According to Reuters, Erdogan’s participation in this summit is necessary, especially after the Turkish parliament’s decision to intervene in Libya on behalf of the Government of National Accord (GNA) led by Fayez al-Sarraj, which has made Ankara a major player in the Libyan crisis.

German government spokesman Steffen Seibert said on Monday, January 13 that the preparations for the summit are underway, adding that the German government will announce the details to the public immediately upon completion. Meanwhile, European Commission President Ursula von der Leyen welcomed the ceasefire agreement in Libya under the auspices of Turkey and Russia, and she demanded that the United Nations lead the efforts to rebuild Tripoli.

German Foreign Minister Heiko Maas warned on January 9 that Libya would turn into a “second Syria.” According to the German newspaper DW, MP Fritz Felgentreu, a defense expert from the Social Democratic Party (SPD), fears the consequences for security in the Mediterranean, the waves of refugees, and the suffering population in Tripoli. Meanwhile, MP Jürgen Hardt, a foreign affairs expert from the Christian Democratic Union (CDU), sees the conflict in Libya as one of the biggest in global politics.

According to a report by the European Center for Counterterrorism and Intelligence Studies, European countries are interested in achieving stability in Tripoli, especially since it has been transformed into a transit point for African migrants heading towards Europe.

The summit is necessary for EU countries, especially since they have not been united in dealing with the Libyan crisis, specifically against Turkey in the wake of its intentions in Tripoli and the eastern Mediterranean. This confirms the EU’s weakness in containing Ankara’s policies.

The unstable situation in Libya makes the country fertile ground for armed terrorist groups and organizations, which could affect the bordering Sahel region and result in new waves of immigration towards Europe. Europe fears this outcome and has therefore delivered €336 million to the Libyan coast guard since 2014 through programs related to preventing migrants in Tripoli from entering EU countries.

It is noteworthy that LNA commander Field Marshal Khalifa Hifter and GNA head Fayez al-Sarraj arrived on Monday, January 13 to Moscow for talks on reaching a ceasefire.

Russian Foreign Minister Sergey Lavrov announced on Monday evening that Haftar has postponed signing the ceasefire agreement with the GNA, which stipulates the cessation of all offensive military actions and the formation of a military committee to determine the line of communication between the two warring parties.