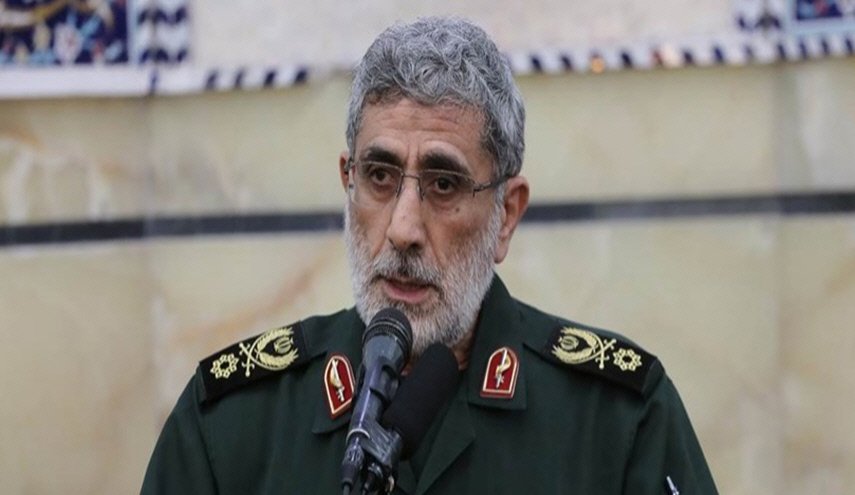 Brian Hook, the US special envoy to Iran, said that the successor to the terrorist Qassem Soleimani, who was killed in a US attack by a drone, Ismail Qani “will meet the same fate if he follows his path.

Hook confirmed the continued American support for the demonstrators who he described as the” brave. ”

Hook reviewed four pillars of any future international agreement with Iran, which British Prime Minister Boris Johnson called the “Trump Agreement”, including preventing Tehran from enriching uranium, ending its ballistic missile tests, stopping the financing of its regional agents and providing them with weapons, and ending the policy of hostage-taking

Ismail Qani was appointed to the head of the Iranian “Quds Force”, succeeding General Qassem Suleimani, who was killed in an American military operation that targeted him at dawn Friday, accompanied by the deputy leader of the popular crowd Abu Mahdi Al-Muhandis in a procession near the airport of the Iraqi capital, Baghdad. Qani was the deputy commander of the Quds Force, which leads Tehran’s military operations abroad.

The supreme leader of the Islamic Republic of Iran appointed Ismail Qani, a new commander for the “Quds Force”, to succeed General Qassem Soleimani , who was killed at dawn in an American raid near the airport in the Iraqi capital, Baghdad.

Returning to the coverage of the killing of the Iranian Revolutionary Guards commander in an American raid the Supreme Leader, Ayatollah Ali Khamenei, said in a statement, published on his official website, “The task of commanding the” Qods Force “in the Revolutionary Guards was entrusted to the high-ranking brigade, Ismail Qani, who had accompanied for years Long-lived martyr brigade in the Quds Force, and served with him in the region.”

He added that “the program of work of that force is the same program that was in the period of martyr Soleimani.”

Qani has so far been deputy to the commander of the Quds Force, in charge of Iran’s foreign operations.

Brigadier General Ismail Qani is a Specially Designated National by the U.S. Department of the Treasury and the head of the Islamic Revolutionary Guard Corps’ elite Quds Force (IRGC-QF), a U.S.-designated Foreign Terrorist Organization responsible for Iran’s proxy conflicts in the Middle East.

The IRGC-QF has played an active role in providing training and weapons to extremist groups including Iraqi insurgents, Lebanese Hezbollah, and others.

Upon Ismail Qani’s appointment, Khamenei described him as “one of the most distinguished Revolutionary Guard commanders.” he fought in the 1980-1988 Iran-Iraq war, leading the Nasr-5 and Imam Reza-21 brigades.

A close aide and confidante to Soleimani, Qani served as an intelligence official in the IRGC-QF and was the deputy commander of the unit for more than 20 years.

On March 27, 2012, the U.S. Department of the Treasury listed Ghaani as a Specially Designated National for his role in overseeing financial disbursements and weapons shipments to Hezbollah and IRGC-QF elements in both the Middle East and Africa, particularly the Gambia.