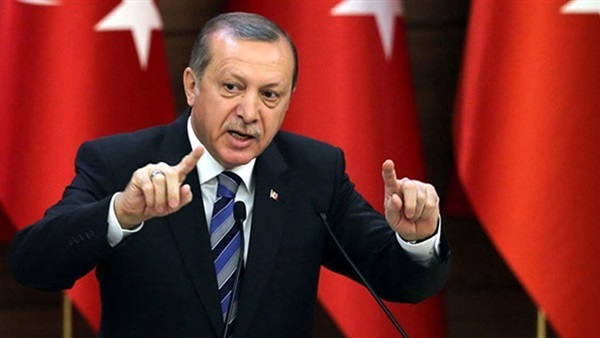 Turkish President Recep Tayyip Erdogan has a vast appetite to achieve his Ottoman dreams at the expense of others, which he does not tire of declaring and emphasizing on every occasion. The illusion of restoring the defunct Ottoman Empire continues to push Erdogan to attack neighboring countries, using Turkish minorities as a pressure card in his malicious scheme.

During the Ottoman rule of the countries of the Arab Maghreb, the Turkish Janissary soldiers married local women in Algeria, and tribes were produced from these marriages, which still exist today, called the Kouloughli tribes. These Ottoman Turks were all necessarily of Turkish nationality, but many came from the Balkan countries, Circassia, Bosnia and Greece, along with ethnicities of Eastern Europe, which were the striking force of the Ottoman armies.

These tribes were formed from the offspring of mixed marriages between these Ottoman men and the local women in Tunisia, Libya and Algeria. Turkish statistics confirm the existence of more than 2 million Algerians of Turkish origin, as there are more than 200 families belonging to the Kouloughli tribes, constituting more than 5% of the Algerian population. They are concentrated in the city of M’sila, Medea and other coastal cities. Erdogan is exploiting them to implement his malicious plans after realizing the difficulty of implementing his threats to the military presence in Libya.

Erdogan tried to take advantage of the protest movement witnessed in Algeria since February 22, 2019 by urging the Algerian Turks to cause unrest and sedition, but the Algerian street expelled them from their demonstrations demanding political reforms.

At the same that Erdogan was adopting a courteous policy with former Algerian President Abdelaziz Bouteflika, he was opening a secret and intense line of communication with the Algerian Turks, as well as the Brotherhood-affiliated Movement of Society for Peace (MSP).

Because Erdogan was unable to cross the Mediterranean to land his forces in Libya, he has tried to attract new allies in his offensive on Libyan territory following the international rejection of his policies and his desire to occupy Libya. However, Erdogan did not take it into account that his ambitions would clash with the doctrine of the Algerian army, which is clear in rejecting any military participation outside its borders. But he may try during his intensive negotiations with them to gain their political support for the Tripoli-based Government of National Accord (GNA) led by Fayez al-Sarraj, or at least not to oppose Turkey’s interference in Libya, especially since any improper behavior could cause an adverse reaction from Algeria, which sees Libya as its backyard.

Consequently, any foreign military presence in Libya will be seen by Algeria as being directed against it. Indeed, Algeria will soon join the coalition opposed to the GNA ruling in Tripoli, for fear of the Turkish military presence, in addition to the fear of the Kouloughli tribes securing Turkish influence in the country. Turkey had implemented this same scenario in Cyprus, which indicates that this is a policy adopted by Turkey towards countries located in its spheres of influence.

The Turkish President’s attempts to seize areas of influence in various Arab countries aim at closing in on Egypt by being present on its borders, whether from the side of Sudan, Palestine or the countries of North Africa. This can be seen as a miserable attempt to besiege Egypt by encroaching on its borders in retaliation for Cairo’s opposition to the Brotherhood’s malicious plans. Egyptian President Abdel Fattah al-Sisi has stood in the way of Turkey’s plan to extend its influence in the Middle East and its regional project to acquire economic zones in the eastern Mediterranean, especially following the findings of huge gas reserves, including the Zohr field, in Egypt’s backyard.