Latest Posts
13:20
Home Reports After Soleimani’s killing…Recalling the Ties between Iran and Al-Qaeda 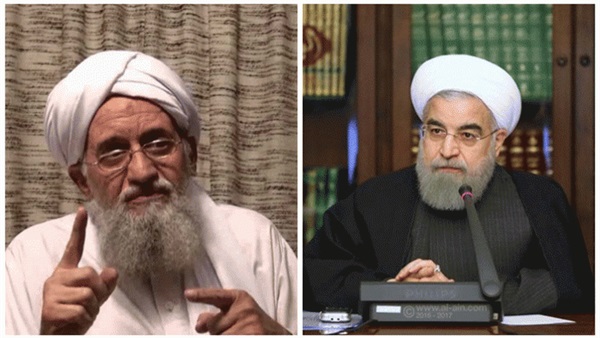 Iran has long been accused of strengthening cooperation and exchanging interests with Al Qaeda, which was raised again after Vice President, Mike Pence tweets about the responsibility of Qassem Soleimani for the protection of 10 elements out of the 12 who carried out the September 11 attacks.

On January 3, 2020, Pence wrote tweets to give official strategic reasons for targeting Soleimani and al-Muhandis.

The debate intensified between the politicians in US about the seriousness of these statements, as well as the objectivity and timing of the military strike and the dangerous consequences it might have on the Middle East and its American interests, as well as frightening external threats inside.

Regarding Iran’s responsibility to provide secret protection to the al-Qaeda elements that organized the September 11 attack, a report of the Independent newspaper stated that the information provided by Pence is not correct.

Pence press secretary Katie Waldman responded to this tumultuous situation caused by the tweet saying: 12 al-Qaeda operatives who had traveled to Afghanistan and then to carry out the hijacking of the planes had received direct assistance from Soleimani, to document Washington’s allegations about Tehran’s responsibility for the process formally.

The political fronts in US claimed the justifications for Soleimani’s Killing to the events of September 11 were due to a political desire to give the strike a legal force that enables Trump to liquidate his enemies without returning to internal officials, as Kristen Pelosi said.

The Democratic Representative for Minnesota Ilhan Omar launched a campaign to vote in Parliament against Trump’s decision to target Soleimani.

Depending on the nature of Iran’s political administration, it fears that Tehran may use one of its militias to attack Washington’s interests in the region.

Does the coming period witnessing a growing role of al-Qaeda’s offensive against the interests of the United States?  On January 5, 2020 Al shabab movement targeted a military base used by the US soldiers in Kenya.

In this regard, the Washington Post argues that high-level leaders of al-Qaeda like Saif al-Adel and Abdullah Ahmad Abdullah have a safe home in Iran to manage the organization’s operations, and in return, the research paper released by the New America Center on September 9, 2018 reveals that cooperation between al-Qaeda and Iran during the rule of Bin Laden was not a full cooperation but rather a pragmatic of common goals linked to specific times.