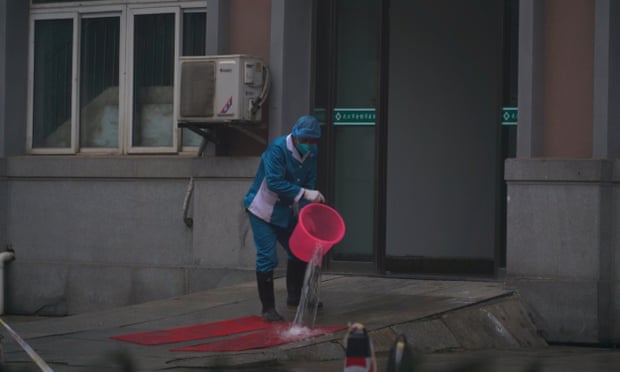 Hospitals in the Chinese city of Wuhan have been thrown into chaos and the movement of about 33 million people has been restricted by an unprecedented and indefinite lockdown imposed to halt the spread of the deadly new coronavirus.

At least 10 cities in central Hubei province have been shut down in an effort to stop the virus, which by Friday had killed 26 people across China and affected more than 800.

The World Health Organisation described the outbreak as an emergency for China, but stopped short of declaring it to be a public health emergency of international concern.

In the city of Wuhan, where most cases have occurred, the race to build a new 1,000-bed hospital in just six days began on Thursday night. Diggers and bulldozers beginning work on the site of a holiday complex once intended for local workers, according to Chinese media.

The hospital, which is due to open next week, is similar to those established in Beijing in 2003, when the city faced a Sars outbreak that killed almost 800 people and reached nearly 30 countries.

During that crisis, 7,000 workers in Beijing built the Xiaotangshan hospital in its northern suburbs in just a week. Within two months, it treated one-seventh of all the country’s Sars patients, the Changjiang Daily said.

“It created a miracle in the history of medical science,” the paper added. It said the new Wuhan hospital “is to solve the shortage of existing medical resources”.

People who sought treatment in Wuhan this week told the Guardian they had been turned away from hospitals, which have been inundated with patients. Facilities are reportedly running out of beds and diagnostic kits for patients who present with fever-like symptoms.

Footage posted on Weibo that appeared to be taken inside Wuhan’s hospitals, showed scenes of chaos and despair. One video, apparently taken at Hankou People’s Hospital, showed long queues of patients wearing masks. The man filming claimed there were only four doctors on duty and that people had been waiting for several hours for treatment. Another video showed a patient lying on the floor, apparently having fainted.

In another clip, a woman wearing a face mask cries out for help, saying: “I have a fever”.

Videos taken elsewhere in Wuhan showed shop shelves emptied by shoppers who rushed to stock up on foods, and barricades going up across Wuhan.

A series of additional measures were announced on Friday to prevent the spread of the virus, including a call from The People’s Daily, the Chinese Communist party’s main newspaper, for people who have recently been to Wuhan to isolate themselves at home, even if they don’t have symptoms.

The cities of Wuhan, Ezhou, Huanggang, Chibi, Qianjiang, Zhijiang, Jingmen and Xiantao have all been placed under lockdown.

In Zhijiang city, all public venues have been shut down except hospitals, supermarkets, farmers’ markets, gas stations and drug stores. Indoor entertainment venues in Enshi city have also been shut down.

Hospital staff wash the emergency entrance of Wuhan Medical Treatment Center, where some infected with the new virus are being treated

Officials worry the weeklong lunar new year holiday, which begins on Saturday and usually sees hundreds of millions of Chinese crisscross the country, will exacerbate an outbreak that has reached almost all of China’s provinces.

The state-run Beijing News said the capital had cancelled events including two well-known lunar new year temple fairs. The Forbidden City, the palace complex in Beijing that is now a museum, announced it will close indefinitely on Saturday.