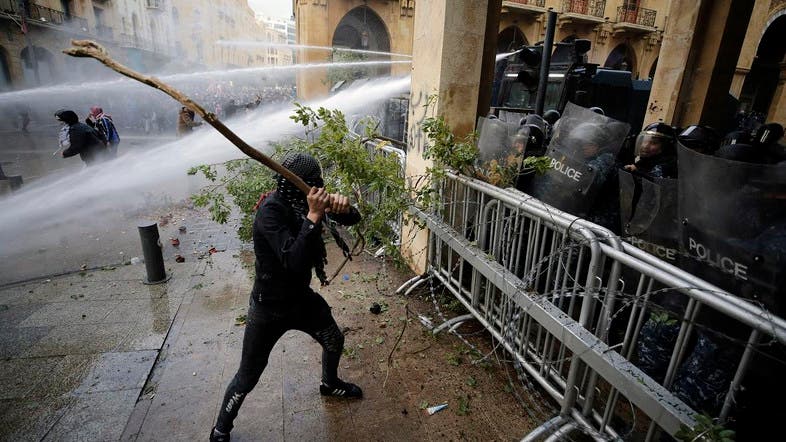 It was the heaviest toll since the protests erupted three months ago, with the Red Cross and Civil Defense saying 377 people at least were rushed to hospital or treated at the scene.

More demonstrations were expected later Sunday as part of the wave of popular protests that has demanded the wholesale ouster of the Lebanese political class, which the activists condemn as inept and corrupt.

Protesters had called Saturday for a week of “anger” as an economic crisis deepened while efforts remained deadlocked to form a new government to replace the one that stepped down under street pressure late last year.

Saturday’s clashes began after dozens of protesters, some concealing their faces with scarves, threw rocks, plant pots and other objects at anti-riot police guarding the road leading to parliament.

The security forces responded with water cannon and tear gas to disperse the crowds.