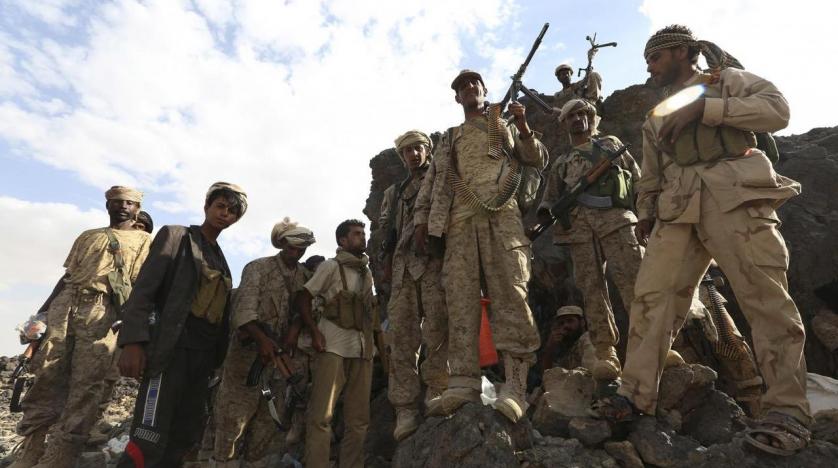 Fierce fighting in Yemen’s Nihm continued to rage on Thursday between the legitimate forces, backed by the Saudi-led Arab coalition, and Iran-backed Houthi militias.

Nihm is seen as the northeastern gateway to the capital Sanaa that is controlled by the Houthis.

Yemeni military media reported that at least 15 Houthis were killed and dozens injured and arrested in the latest fighting.

Thursday’s casualties have brought to the Houthi death and injury toll to the hundreds, said the sources. Unconfirmed reports said Abdulkhaliq al-Houthi, the brother of the militia leader, was among the injured.

The Houthis held funerals for their dead in Sanaa. Among them was Sharafeddine Abdulsalam al-Houthi, Ahmed Yehya al-Kabsi, Ali Hussein al-Kabsi and Ali Ahmed Masoud.

Local sources in the Dhamar province south of Sanaa said the militants buried more than 30 of their fighters, who were killed in the Nihm and Dhale fronts.

Sources from the military revealed that dozens of Houthi corpses remain on the battlefields.

The legitimate forces, backed by coalition artillery and air cover, were, meanwhile, making progress on three fronts towards the Nihm region.

In Marib, Yemeni security sources said the Houthis fired rockets at residential areas. Among the damaged houses was that of MP Masaad Hussein al-Swadi. His daughter-in-law and granddaughter were killed in the strike. Four people were wounded, included a lawmaker.

Rights groups in Marib, meanwhile, appealed to the United Nations and international community to protect the people in the city against Houthi attacks.

During a rally on Thursday, they urged the international community to hold the Houthis behind the rocket fire to account and make sure they do not escape punishment.

Parliament condemned the repeated attacks on Marib’s residential areas, urging the government and military to send reinforcements to Nihm and liberate Sanaa.