Latest Posts
18:25
Home Reports Why the US-China trade truce may not last 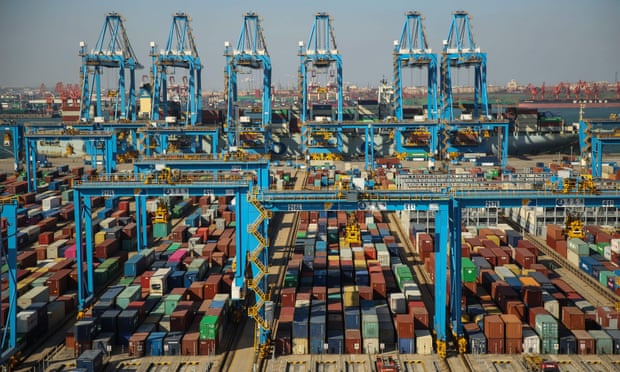 Why the US-China trade truce may not last

The trade war between the US and China may never be settled, experts fear, even after the two sides agreed on an outline “phase one” deal.

Economists and investors have been poring over the weekend’s announcement, which appeared to end a dispute that has roiled financial markets for 17 months.

According to Washington’s trade negotiator, Robert Lighthizer, China has agreed to buy up to $200bn in additional goods and services over the next two years on top of the amount it purchased in 2017.

The agreement would also require China to make “structural reforms and other changes to its economic and trade regime in the areas of intellectual property, technology transfer, agriculture, financial services, and currency and foreign exchange”. In exchange, Washington would roll back some tariffs on Chinese goods, which Donald Trump hailed as an “amazing deal”.

Neither side offered any detail on what the Chinese reforms might be, leading to fears that the deal will fail to resolve the key underlying conflict between the two superpowers. US Democratic senator Chris Murphy called the agreement a “total capitulation”.

Beijing confirmed that a deal had been made but its reaction was more muted. This is the fifth time that a resolution to the US-China trade dispute has been declared and, pointedly, official Chinese responses did not contain a commitment to a specific target on new agricultural purchases that Trump promised would hit $50bn.

Also, there are more rounds of talks to go before an official signing of this phase one deal. Beijing emphasised that the text needed to be legally vetted and translated into Chinese, suggesting that the terms were still not totally agreed upon.

Financial markets also betrayed unease that things could fall apart. Stocks on Wall Street and elsewhere were initially buoyed by the announcement, but slipped back when details were not forthcoming.

The glacial progress on the so-called “phase one” deal shows neither side wants to compromise and has exposed growing fault lines, threatening what one prominent economist calls the “deglobalisation” of the world economy.

It is now not only a battle over trade and intellectual property, but also one about the future of the rules-based system of international trade and which economic model will prevail. Sharp US criticism of China over human rights in Xinjiang and Hong Kong, Washington’s fears about technology company Huawei acting as a trojan horse in western economies, plus ongoing military tensions in the South China Sea, have added volatile layers to the conflict.

Mohamed El-Erian, chief economic adviser to the insurance giant Allianz, said the “mini deal” announced on Friday was expected by the markets and should be seen more as a “temporary and reversible truce” as opposed to a comprehensive resolution.

It would now come down to whether the two sides press “play or rewind” on the playbook that has dominated the global economy since the fall of the Berlin Wall 30 years ago.

“It’s no longer just about economic issues,” El-Erian said. “It speaks to a bigger question as to what follows this period where the ‘pause’ button has been pressed on the multi-decade process of economic and financial globalisation. Will the ‘play’ button be pressed again, as markets currently expect or, instead, ‘rewind’, marking a period of secular deglobalisation?”

Both sides have talked up the benefits of the phase-one deal since it was outlined in October. The Dow Jones average on Wall Street has rallied more than 6% since then to multiple all-time highs, prompting similar gains around the world.

Christopher Balding, an expert on the Chinese economy and professor at Fulbright University in Vietnam, also sounded a sceptical note because neither side had conceded very much ground.

“I would still say one had to put the odds of this whole thing blowing up at 50%,” he said, adding that the US rollback was “minimal” and “easy to get out of” if China did not fulfil its side of the bargain on agricultural purchases.

Brad Setser, a former US treasury economist and now a fellow at the Council of Foreign Relations thinktank in New York, said an impasse had been reached amid a growing sense in the US that China does not want a deal within the existing framework.

“China won’t get a rollback of all tariffs and the US knows China is not going to moderate its economic model,” he says. “A limited deal is recognition that a broad deal is impossible. Both realise that phase one is all they can get.

“But there is growing friction. China is no longer seen as on a trajectory that favours the US. It’s not going to evolve to bring closer integration with the US and others.”

Governments should turn back the clock over trade policy

From a Chinese perspective, there is growing anger at US criticism of “internal matters” such as treatment of the Uighurs and Hong Kong. In a speech hours before the announcement on Friday, China’s minister of foreign affairs, Wang Yi, ignored the trade issue and excoriated the US for having “seriously damaged the hard-won mutual trust” between the two countries.

His remarks indicate that the “decoupling” of the US and Chinese economies was reaching the point of no return. Despite promising to open up, China is not dismantling its state-led economy and is using state resources to help companies expand globally through the Belt and Road initiative and dominate key industries (a new “Made in China 2025” policy). Last week’s report that Xi Jinping has ordered all government offices to remove foreign-made computers and software underlines his intent.

Scott Kennedy, senior adviser at Chinese business and economics at the Center for Strategic and International Studies, wrote: “In the short-term China and Xi Jinping are the clear winners. With only limited concessions, China has been able to preserve its mercantilist economic system and continue its discriminatory industrial policies at the expense of China’s trading partners and the global economy.”