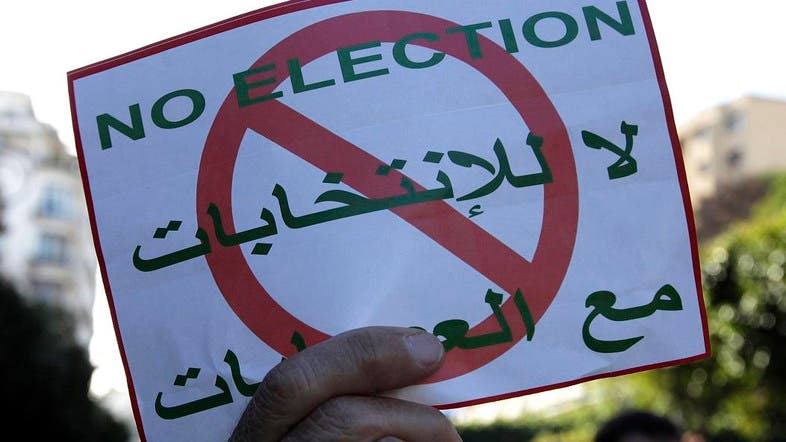 They “ransacked the ballot boxes and destroyed part of the electoral lists” in the mountainous region’s city of Bejaia, said one witness contacted by AFP from Algiers.

Polls opened in Algeria for a delayed presidential election that is opposed by a mass protest movement which wants the vote put off until the entire ruling elite steps down and the military quits politics.

The military, the strongest political player, sees the vote as the only way to restore order in Algeria, Africa’s largest country, a major natural gas supplier to Europe and home to 40 million people.

Algerian President Abdelkader Ben Saleh called on Algerian citizens earlier in the day to participate in the elections, saying they should freely and consciously vote for the candidate and program that suits their beliefs in order to get the country out of the current situation.

This came a day after a large crowd of protesters marched through central Algiers on Wednesday to demand that a presidential election planned for Thursday be cancelled, chanting that they would not vote in a poll they regard as a charade.

They chanted “No election tomorrow” and held up banners reading “You have destroyed the country”.

All five of the state-approved candidates running on Thursday are former senior officials linked to the former president Abdelaziz Bouteflika whom the army forced aside in April in response to the protests.