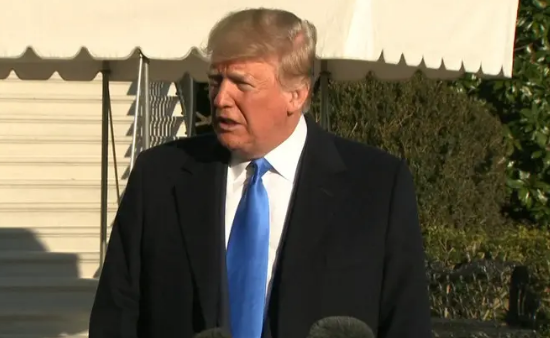 Trump thanks Iran for ‘very fair’ negotiation on prisoner release

President Donald Trump thanked Tehran for a “very fair” negotiation that led to the release Saturday of an America scholar held in Iran and an Iranian scientist jailed in the US.

Xiyue Wang, a Princeton University researcher held for three years in Iran, was exchanged in Switzerland for Massoud Solemani, who had been arrested in Chicago more than a year ago.

“Thank you to Iran on a very fair negotiation. See, we can make a deal together!”

For his part, US Secretary of State Mike Pompeo, said in a statement that “Mr. Wang will soon be reunited with his wife and son, who have missed him dearly.

The United States will not rest until we bring every American detained in Iran and around the world back home to their loved ones. We thank the Swiss government for facilitating the return of Mr. Wang, and are pleased that Tehran has been constructive in this matter.

We continue to call for the release of all US citizens unjustly detained in Iran,” according to Reuters.