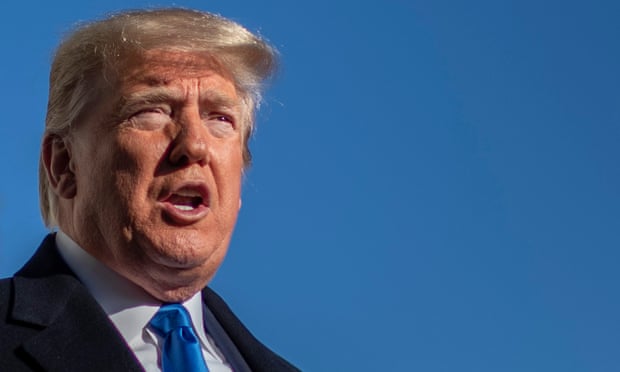 Marching ahead toward the impeachment of Donald Trump, Democrats on Monday prepared to hear testimony that could result in material from the special counsel Robert Mueller’s report being folded into articles of impeachment.

The House judiciary committee was scheduled on Monday to hold its second public impeachment hearing. The committee could draft and vote on articles of impeachment as early as the end of the week, leading to a House vote on whether to impeach Trump before the 20 December holiday break.

A trial in the Republican-controlled Senate would follow in the new year A Senate trial is widely expected to acquit Trump.

The lawyers were to testify on the results of each investigation as the judiciary committee weighs how to draft articles of impeachment.

The decision of whether to include evidence gathered by Mueller in the impeachment of Trump has been a matter for debate among Democrats. Any article of impeachment built on Mueller’s findings could risk losing the support of centrists who fear feeding Republican arguments that the impeachment process is a catchall for anti-Trump grievances.

But many Democrats and others see the 10 distinct episodes of potential obstruction of justice by Trump laid out in the second half of the Mueller report as evidence of egregious misconduct deserving of prosecution.

Trump will be impeached if any one article of impeachment is approved by a majority vote in the House.

Democrats have signaled they are weighing three grounds for Trump’s impeachment: abuse of power, obstruction of Congress and obstruction of justice. They may settle on those or different articles.

Monday’s hearing was expected to be contentious as Republicans confront lawyers describing the contents of the Mueller report, which Trump has claimed was exculpatory and which Republicans argue vindicated the president.

But in fact Mueller’s report presents evidence of obstruction of justice by Trump for activity including the firing of FBI director James Comey; ordering the White House counsel to fire Mueller; trying to have the attorney general take over the special counsel investigation; and ordering the White House counsel to deny the earlier order that he fire Mueller.

In both prior impeachment proceedings against a US president in the modern era, obstruction of justice was among the articles of impeachment.

The White House signaled on Friday that it would not send lawyers to the hearing Monday or seek to call witnesses in Trump’s defense, continuing its unprecedented policy of total non-participation with the inquiry.