Latest Posts
18:25
Home Islamist Movements The Brotherhood and the British elections: A policy of ‘religious mobilization’ 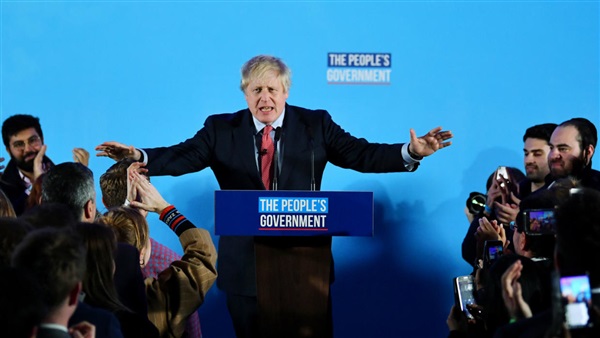 The Brotherhood and the British elections: A policy of ‘religious mobilization’

The British legislative elections earlier in December, which the Conservative party won for the second time in a row, surrounded questions about the future of the Brotherhood in light of calls by British and international politicians to ban the group, but the most important question was did the group participate in those elections? And did it support the Conservative party or Labour?

The Conservatives won 365 seats – well above the 326 seats required for a majority in the House of Commons – after winning seats in northern England that had been in the hands of the Labour party for generations.

Prior to the 2019 British legislative elections, Labour leader Jeremy Corbyn was accused of having strong relations with the Brotherhood, but the relationship between the Brotherhood and British parties is not restricted to the Labour party, but also includes the right-wing Conservative party.

British press reports point out that the Conservative party has strong ties with the Brotherhood, which has helped the party in many elections by mobilizing Muslim voters to elect party candidates, and the security services also use the group to pressure some Middle Eastern countries.

This relationship with Prime Minister Boris Johnson’s Conservative party may explain London’s rejection of calls to ban the group’s activity, even if the government has reservations about some of the group’s activities and its support for extremism, according to previous government officials.

Johnson himself has said that his great-grandfather, Ali Kemal, was a Muslim Turkish politician, and he criticized British media coverage that he is against Muslims. However, it is expected that measures could be taken against group, although not reaching the level of a ban, indicating that the maximum measure the government could take against the Brotherhood is to push the House of Commons to review its policies toward the group’s financial resources.

Perhaps many questions about how the future dealings with the group, whatever the form of the new government, and the demands of the conservatives for more firmness with the group in the coming period may lead the UK Brotherhood leaders to “hold the stick in the middle” and not declare explicit support for either party.

Although observers saw that the primary motive of these elections was the trend towards implementing Britain’s exit from the European Union, which was expressed by Johnson after winning when he said that he had received an “endorsement” to finish Brexit, the participation of Muslims in these elections was not based on this, but rather in order to “participate in political life” and reduce the expected danger from the right-wing party.

Concerns about the group’s future led it to adopt a mobilization strategy based on “exploiting religion and ethnicity” by motivating all Muslims in Britain – not just the Brotherhood – to participate in politics and achieve a large participation rate that reflects the strength of the Islamic presence in the country, as the British Muslim voice could have a major impact. This vision was adopted by the Muslim Council of Britain (MCB), the largest Muslim organization in the UK, which has links to the Brotherhood. According to MCB, the Muslim electorate is concentrated in 31 electoral districts and could have a significant impact on the outcome of the elections.

The council raised concerns that there are serious threats from the return of the far right and the increase in Islamophobia from the ruling Conservative party and its support from the media to form social attitudes about Muslims. This was an attempt to exaggerate matters in order to attract the support of all Muslims.

The Muslim Council of Britain includes more than 500 affiliated regional and local organizations, including mosques, charities and schools.

In November 2019, the MCB issued a statement urging Muslims in Britain to participate in the elections, which was republished by the Brotherhood’s Arabic website. MCB Secretary-General Harun Khan said: “As active participants in our society, Muslims – in all their diversity – can play an important role in what may become close elections… We hope that the parties will listen and communicate with Muslim communities across the country to share in issues of concern.”

“It is important that we all realize – young and old – our ability to bring about change through political participation. Our voices are important. Whether it is the mosque, community organization, student community or women’s group, each of us can make a difference,” said Zara Mohammed, assistant secretary-general of the council. “We all have a responsibility to encourage as many people as possible to register to vote.”

The call to participate in the elections relied on a reminder of the escalating threat by the country’s far-right, which is targeting Muslims in the United Kingdom. Mohammed Kozbar, head of the Finsbury Park mosque who was attacked by a far-right terrorist in 2017, said, “We know the price we all pay when some groups are excluded from politics. It is time for Muslims to make their voices heard.”

This call to participate in the elections was not intended to support a specific party, but instead focused on the size of participation in general. This was shown in the statement of Nassar Mahmood, a trustee of the Birmingham Central Mosque, who said, “As community leaders, we must do our best to help our members participate fully in elections as they like. This initiative is the key to engaging our societies and helping Muslims make their voices heard in these elections.”

The Brotherhood adopts a strategy of religious mobilization to achieve political goals in various countries in proportion to the group’s situation in those countries – whether competing for power, such as in Tunisia and Egypt, or attempting to preserve its existence, such as in European countries.

Concerns about the Conservative Johnson

Despite all of the above, the group’s fear of the Conservative party remains, which was confirmed by the Muslim Council of Britain in a statement on December 10, which said, “The Conservative party has a widespread institutional problem with Islamophobia, which has been clearly documented by the Muslim Council of Britain and other individuals, organizations and the media.”

After the election results were announced that the Conservative party won, Harun Khan, the MCB secretary-general, said in a December 13 statement, “Johnson has a majority, but there is a clear sense of fear among Muslim societies across the country,” adding that “Muslims fear for their future” and calling on Johnson to lead from the center and to interact with all social groups.