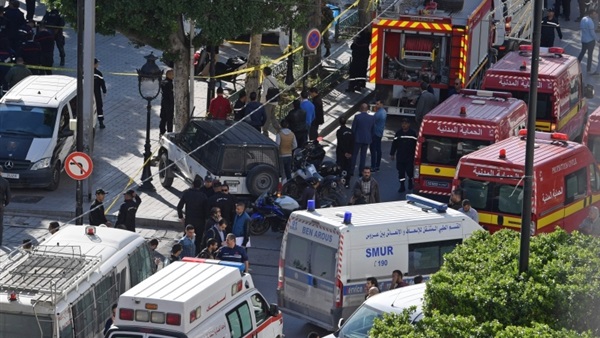 Terrorist organizations choose the timing of their operations carefully, desiring to spread terror and raise the morale of its members.

In report entitled “Do Significant Terrorist Attacks Increase the Risk of Further Attacks?” by RAND Corporation, an American nonprofit global policy think tank, researchers examined the historical record of terrorism in the United States and Europe between 1970 and the end of 2013.

Warnings of possible terrorist attacks and security are often increased on key dates, which may have symbolic importance to the terrorists or, in their eyes, are important to their foes—for example, July 4 (Independence Day) or the anniversary of the September 11 attacks for the United States. Certainly, both terrorists and those charged with security think more about these dates, but do more terrorist attacks, in fact, occur on them?

To answer this question, RAND researchers looked at the distribution of terrorist attacks in the United States from 1970 to 2013 by date to see if certain dates stood out.

In January 2014, an explosion occurred in front of the Cairo Security Directorate, which the so-called Ansar Beit al-Maqdis terrorist group claimed responsibility for, and the bombing killed four people and wounded 76 others.

In December, a terrorist broke into the Indre-et-Loire department in central France and opened fire at police officers, injuring three people.

In January 2015, the Kingdom of Saudi Arabia witnessed a terrorist attack with an explosive vest in the city of Arar, on the northern border of the Kingdom, killing three people and wounding another.

The Libyan territory also witnessed in January a car bomb attack at the Corinthia Bab Africa Hotel, against foreigners and government officials, killing 10 and wounding seven others.

On December 2, 2015, 14 people were killed and 22 others were seriously injured in a terrorist attack consisting of a mass shooting and an attempted bombing at the Inland Regional Center in San Bernardino, California.

In the same month, Syria witnessed two terrorist operations, the first in Tal Tamer and the second in Qamishli, and the bombings targeted Kurdish fighters and restaurants, killing 76 people and wounding 115 others.

In January 2016, a massive truck bomb exploded near a police base in the western Libyan town of Zliten, killing at least 60 policemen and wounding around 200 others.

In Egypt, two young men had stormed the hotel Bella Vista in downtown Hurghada through the restaurant and stabbed one young Swedish man and an elderly Austrian couple with a knife. Security personnel and the police shot one man dead and wounded the other.

In Turkey, a suicide attack targeted foreign tourists in Istanbul, killing 13 and wounding 14 people, and the incident resulted in the cancellation of hundreds of tourist reservations.

The Indonesian capital, Jakarta, also witnessed a terrorist attack by bombings and shootings targeting Starbucks coffee shop and police station in the city center, near the United Nations offices and foreign embassies, killing 4 people and wounding 24 others.

In December 2016, at least 12 people were killed and 48 others wounded during New Year’s celebrations after a gunman opened fire at an Istanbul nightclub. At least 16 of those killed were foreign nationals.

On December 31, 2016, At least 39 people were killed and 69 others wounded during New Year’s celebrations Saturday after a gunman opened fire at an Istanbul nightclub. At least 16 of those killed were foreign nationals.

In Iraq, the capital, Baghdad, witnessed three separate explosions over two days during New Year’s celebrations, killing more than 70 people and wounding more than 100 others.

In December, militants attacked a Shiite cultural center in Kabul, Afghanistan, killing 50 people and injuring over 80.

In January 2018, two suicide bombers blew themselves up at a busy street market in central Baghdad, in back-to-back explosions that killed at least 38 people and wounded at least 105 others.

Also in January, gunmen stormed the offices of Save the Children in Jalalabad, killing at least six people and wounding 27 in an attack claimed by Daesh.

In December 2018, a gunman opened fire near a crowded Christmas market in the eastern French city of Strasbourg, in an attack that killed five people and injured another 11.

On Christmas Eve, an explosion in a residential building in Magnitogorsk, an industrial city in Chelyabinsk Oblast, Russia, killed 42 people and injured dozens. Responsibility for the bombing was claimed by Daesh via its affiliated newspaper, Al-Bayan.

Jihadists bombed Our Lady of Mount Carmel Cathedral in Jolo, on January 27, 2019. Two explosions killed 22 people and wounded  around 102 others. The strike was claimed by Daesh-affiliated militant organization Abu Sayyaf.