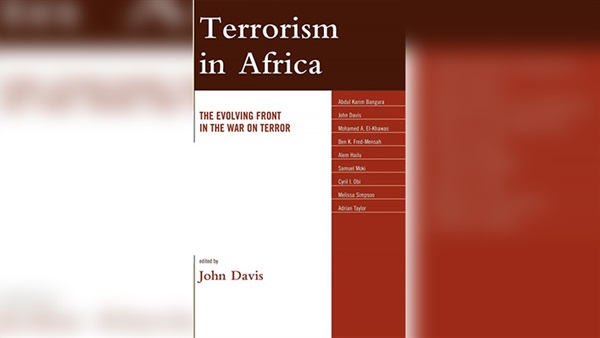 Terrorism in Africa: the cost of combating this expanding threat

Terrorism in Africa: The Evolving Front in the War on Terrorism, represents a research endeavor aimed at increasing scholarly discourse on the ever-expanding threat of terrorism and terrorist-related violence in the region.

It offers the most wide-ranging analysis of the sub-national and transnational terrorists groups that have made Africa the second most violent region in the world.

Additionally, the study expands the coverage of the multiple dynamics that indicate why terrorist-related violence continues to increase in the region and closes with regional solutions to the threat of terrorism.

This collection of essays offers a comprehensive analysis of the states, terrorist groups, and critical issues that have increased the specter of terrorism in Africa.

The study is divided into three themes: the diversity of the terrorist threat among states in the region, the regional dynamics and the local response to terrorism, and regional solutions to the threat of terrorism in Africa.

The contributors to this important edited volume discuss the expanding threat of terrorism in Africa in terms of the affected states, terrorist groups and critical issues that shape the context for understanding these dynamics.

As explained by the volume’s editor, the book is divided into three themes: the diversity of the terrorist threat among states in the region (e.g. terrorism in Somalia, West Africa, and North Africa), the nature of the dynamics of terrorism (e.g. terrorism and Islam, terrorist safe havens), and regional solutions to the threat of terrorism in Africa (e.g. evaluating the effectiveness of counterterrorism in Africa, the roles of good governance and developmental assistance, and assessing the progress of regional organizations such as the African Union in countering terrorism).

This volume is one of the very few studies that examine the threat of terrorism in Africa and counterterrorism measures in response in all their dimensions, making it indispensable for those studying these issues.

The author divides the regions of Africa according to the most widespread terrorist attacks. The first area from his point of view is East Africa, where Al-Shabaab operates under Al-Qaida, saying that this outpost is the most deadly area in which Al-Qaida has been able to develop its influence within this branch called “EEAQ”.

The second area is the north, which is also due to the influence of al-Qaeda and its appeal to radical Salafi groups within the region to join under its banner and the orders of its current leader Ayman al-Zawahiri, which constitutes the branch of al-Qaeda in the Islamic Maghreb, while the author did not overlook the role of extremist groups in West Africa, including Boko Haram and its factions in spreading terrorism The region is increasingly threatened by its stability, which affects the spending of a lot of money to support the region’s fighting fronts such as AFRICOM and other international alliances.

At the end of the author’s talk about the African suffering from terrorism, he considered that the best way to discuss the crisis should include providing solutions to this low political, social, security and economic situation, saying that ending corruption and political injustice in the region is a good solution to end the war.

He pointed out that the correct and accurate information and data received from the continent will contribute significantly to the solution of the crisis of terrorist escalation within it, as well as security and economic solutions, which represent a parallel application depends on each other seriously and inevitably to move forward to a prosperous African continent.

Europe confronts terrorism in African Sahel by force of law