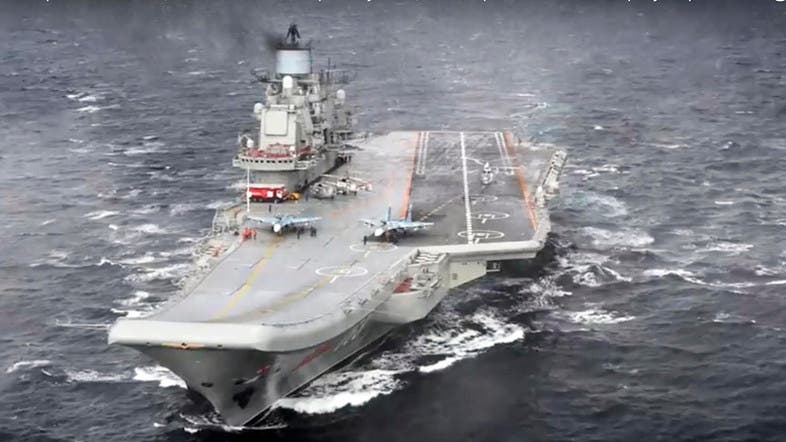 A fire broke out on Russia’s only aircraft carrier on Thursday as it underwent repairs in an Artic shipyard, Russian news agencies said, with at least one worker reported missing.

The Admiral Kuznetsov has been undergoing repairs for more than two years in Murmansk and suffered previous damage in October 2018 when a crane crashed onto its deck.

State news agency RIA Novosti quoted a source in the Zvezdochka shipyard as saying the fire broke out during welding operations.

More than 400 people were on board when the fire erupted, state news agency TASS quoted a Zvezdochka spokesman as saying.

News agency Interfax reported that the fire had spread over an area of about 600 square meters (6,500 square feet).

The Admiral Kuznetsov, launched in 1985 and the flagship of the Russian navy, has been undergoing its first major repairs since 1997.

The repairs were expected to be completed by the end of 2020, with the warship rejoining the navy in 2021.

Last year’s collapse of the crane on the ship’s deck, which killed one worker and caused major damage, raised concerns the work would be delayed and the carrier out of commission beyond the 2021 deadline.

Russia’s navy has been battling problems with state financing, ageing shipyards, and delays in fulfilling orders for new ships.

In the last six years, three fires have been reported on submarines under repair.

The Admiral Kuznetsov was meant to be the first of a new fleet of Soviet aircraft carriers but the Russian navy has struggled with a massive drop in funding since the 1991 collapse of the Soviet Union.

The USSR had five aircraft carriers at the height of its power.