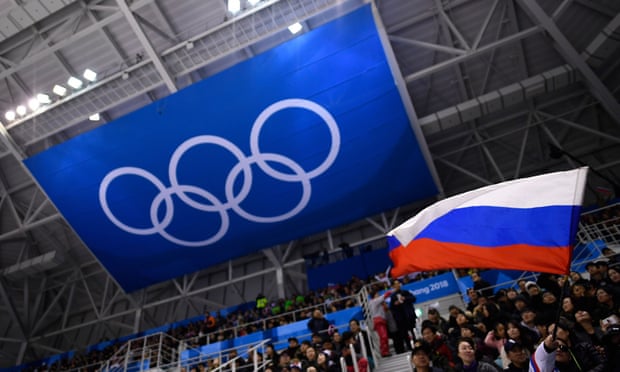 The World Anti-Doping Agency has voted unanimously to ban Russia from international sport for four years for doping offences.

Russia now have 21 days to appeal against the sentence, which would see the country banned from participating at next summer’s Olympics in Tokyo and the Qatar 2022 World Cup.

They will, however, still be able compete in next year’s European football championships, where they will also be one of the host countries. Individual Russian athletes will furthermore be able to compete under a neutral banner at the Olympics, providing they can prove they are drug free. Under similar conditions, 30 Russians competed at this year’s World Athletics Championships as “Authorized Neutral Athletes”.

The new punishment was agreed by Wada’s executive committee at a special meeting convened at the headquarters of the International Olympic Committee in Lausanne, Switzerland. It is the most severe sanction yet against the country, which has been accused of running a systemic doping programme and deleting crucial laboratory evidence.

Wada’s president Sir Craig Reedie said: “For too long, Russian doping has detracted from clean sport. Russia was afforded every opportunity to get its house in order and re-join the global anti-doping community for the good of its athletes and of the integrity of sport, but it chose instead to continue in its stance of deception and denial.

As a result, the Wada ExCo has responded in the strongest possible terms, while protecting the rights of Russian athletes that can prove that they were not involved and did not benefit from these fraudulent acts.”

Some within Wada were more critical of the decision, saying it fell short of the ultimate sanction of a blanket ban for Russia and its athletes.

“Im not happy with the decision we made today. But this is as far as we could go,” said Linda Helleland, a Norwegian politician who serves on the WADA executive committee and a vocal critic of Russian doping.

”This is the biggest sports scandal the world has ever seen. I would expect now a full admission from the Russians and for them to apologize [for] all the pain athletes and sports fans have experienced.”

Evidence of wide-spread Russian doping was first revealed by Wada four years ago with a report claiming that at least 643 positive tests had been hidden by authorities. That resulted in the suspension of the Russian Athletics Federation (Rusaf) and 111 individual athletes being banned from the 2016 games in Rio.

Last year Wada made the controversial decision to reinstate the Russian anti-doping agency (Rusada) on the condition that it complied with requests to share its laboratory results. Those results were subsequently found to have been tampered with, and led to renewed calls for punishment. “Flagrant manipulation” of the Moscow lab data was “an insult to the sporting movement worldwide,” the IOC said last month.

If Russia, as is likely, does choose to appeal the punishment, it will subsequently be referred to the Court of Arbitration for Sport.