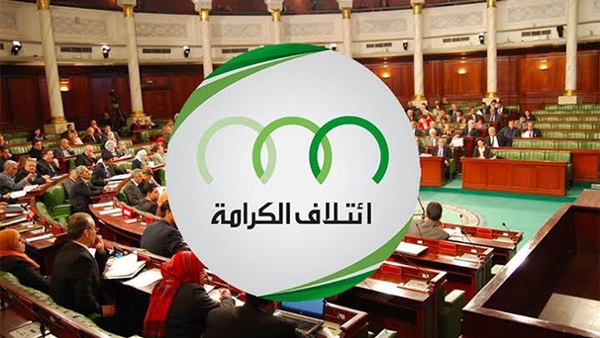 Tunisia’s Dignity Coalition, which won 21 seats in the 217-member parliament, has been experiencing a wave of splits within its rows,  as three of its members resigned in two days.

Dignity Coalition members Rachid El-Khayari and Milad Bin Dali submitted their resignations on Dec. 19, 2019, and were followed the next day by Faker Shewaikh, without revealing reasons behind their split from the coalition.

Tunisian newspapers suggest that the resignations might be due to internal disagreements within the coalition, including how the coalition gave up on heading the Energy Committee at the Parliament. While head of the coalition, Seif Eddine Makhlouf, said heading the committee would be deemed a disregard to one of the most important part of its program, which is to separate administrative and security sectors.

The Dignity Coalition is considered an arm of Ennahda Movement, which launch smear campaigns against its opponents, the latest of which was launched against the Tunisian General Labor Union, calling to drag its figures across the streets.

These threats were considered by the Labor Union as part of terrorism represented and practiced by political Islam groups in the country. Sami al-Taheri, spokesperson for the Tunisian General Labor Union, believes that the trade union organization is exposed to attempts by the revolving circle of Ennahda movement to exclude it and reduce its role in the political scene.

Tunisian author and political analyst Belhassen El-Yahyaoui told The Reference in an interview that the main reasons behind the splits within the coalition is a competition over existence in the political scene and disagreements regarding government roles and positions, not to mention disputes over foreign funds.

El-Yahyaoui further added that the series of resignations indicate a rift within Muslim Brotherhood-affiliated movements in Tunisia.

He affirmed that the violent trend practiced by the Brotherhood in its speech is a natural reaction to the refusal of the main political parties to enter with it in a government alliance, pointing out to a state of political isolation.