Latest Posts
20:57
Home Islamist Movements Not guilty: Belgian ISIS children at the mercy of the law and the court’s justice 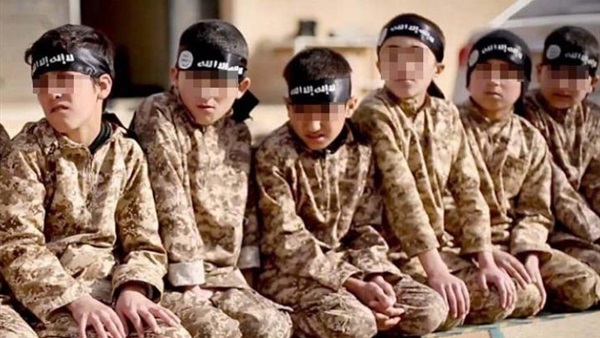 Not guilty: Belgian ISIS children at the mercy of the law and the court’s justice

The Belgian government is postponing steps to return the children of its citizens who joined the terrorist organization ISIS, after many calls for the return of children from the camps of ISIS detainees, but a judicial step might change this situation.

Since the United States of America announced this year, the defeat of ISIS in its last strongholds in the Syrian city of Al-Baghuz, US President Donald Trump has called on European countries to restore their terrorists held by the SDF, but European countries, including Belgium, have reservations about this and did not show a quick response except in the case of children.

“Children can never be guilty of their parents’ behavior,” said Queen Coinse, the Belgian Minister of Justice, in a press release in December 2018, a year ago, but during that time not many children were actually returned.

Belgium has allowed about 25 children to return from Syria since 2012, but about 162 Belgian children are still in the former ISIS territory, according to Thomas Reinard, senior researcher at the Egmont Institute in Brussels.

But in December 2019, a court in Brussels decided to compel the Belgian government to help bring 10 children born in Syria to Belgian ISIS militants, to the country, or pay a fine.

But in December 2019, a court in Brussels decided to compel the Belgian government to help bring 10 children born in Syria to Belgian ISIS militants, to the country, or pay a fine.

The court said in its December 12 decision that children, between the ages of 7 months and 7 years, should be brought to Belgium within six weeks, and that “if the government does not commit to providing consular assistance and administrative documents for children, it will be fined 5,000 euros ($ 5,511) for every child every day. ”

Belgian Minister of Justice Quinn Jens told a public radio station that the government “is ready to take back the children if they do not have to bring their mothers with them.”

In November 2019, the court asked the government to return a woman whose husband was with ISIS and her two children, within 75 days.

Countries such as Germany, France, and Sweden have resorted to imposing restrictions on the process of returning children, including the lack of adulthood and consent to the ideas of the organization, which facilitates their integration, while other countries have decided to allow the return of orphan children, or return to the home without their mothers.

There are still 1,300 children or more European ISIS in the camps of Syria and Iraq, detained by Kurdish forces forces responsible for the camps, who consider the failure of children to return to their country as a “major mistake” threatening to leave children vulnerable to inevitable terrorist recruitment.

The camps include the families of ISIS members, as there are more than 75,000 people in Al-Hol camp in northeastern Syria, including about 2,500 foreign children, who were identified as essentially stateless by the United Nations Children’s Fund (UNICEF), living in the middle Miserable conditions.

Although the United Nations called for the return of foreigners of the organization, especially children, to the countries of their fathers, a decision that was supported by the United States, this issue is still taken at risk and political gains in each country separately.