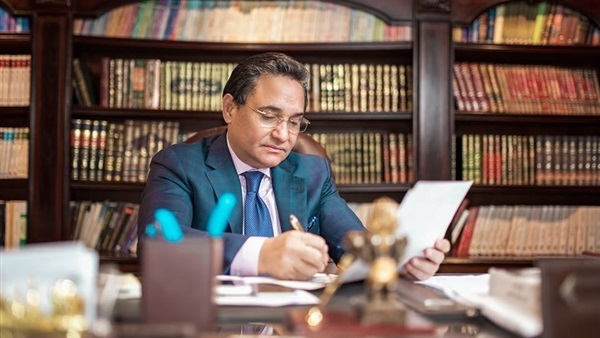 Dr. Abd al-Rahim Ali, a member of the House of Representatives and head of the Center for Middle East Studies in Paris, described the irresponsible statements of Turkish President Recep Tayyip Erdogan as terrorist, during which he announced his intention to send Turkish military forces to Libya in the event that the Al-Wefaq government requested that it be a political bullying that requires a decisive stand by the international community towards this arrogant bowl.

In a statement issued today, Ali strongly condemned these statements, stressing that they are working to increase the complexity of the conditions inside Libya and lead to igniting a war on Libya.

He expressed full confidence that such descending statements from Erdogan will not only increase the Mujahid Libyan people except for hardness and strength. He insisted on a victory by liberating Tripoli from the grip of terrorist groups and armed militias allied to it by circumventing its legitimate institutions and the national army led by Field Marshal Khalifa Haftar.

Dr. Ali demanded from the League of Arab States, the Organization of the Islamic Conference and the African Union to withdraw their recognition from the government, Fayez al-Sarraj, and his corrupt gang after his suspicious agreement with Erdogan.

He also called on the Security Council and the United Nations to withdraw its recognition of this unconstitutional government that was installed on the Libyans, stressing the necessity for the international community to listen to the voice of the Libyan people who possess real power and legitimacy and to work to help them decide their fate away from the coup government and the extremist groups allied together whose wealth was enriched at the expense of the Libyan people and from its public treasury In full view of the world