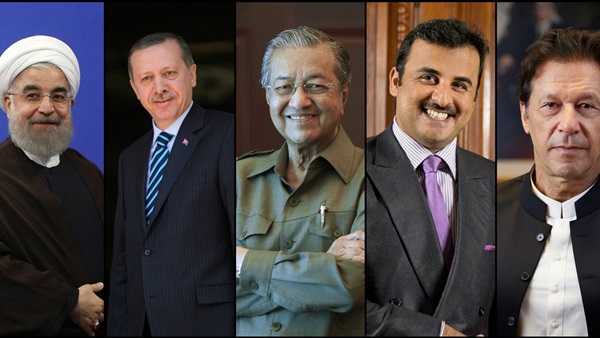 Malaysia summit on the road to failure

The so-called Islamic summit, which has started in Kuala Lumpur, Malaysia, is stirring up debate because of the countries participating in it.

Iran; Malaysia; Turkey, and Qatar are attending the summit, whereas Pakistan and Indonesia are absenting themselves.

The withdrawal of Pakistani Prime Minister, Imran Khan, from the event is giving rise to expectations that Malaysia’s efforts to form a new Islamic bloc will fail.

Pakistan, the statement said, does not seek to substitute the Organization of Islamic Cooperation, which is based in Jeddah, Saudi Arabia.

Mohamed, for his part, said his country does not plan to replace the organization with another entity.

However, Malaysia, he said, only wants to find new solutions to the problems facing the Islamic world.

Pakistan’s withdrawal limits participation in the summit to Qatar, Turkey, and Iran, in addition to the host country.

Pakistan said it would not attend the summit, only a day before it kicked off, even as it initially accept the invitation sent to it by Malaysia.

She told The Reference that Mohamed is allied to the Muslim Brotherhood’s party in his country.

He also hosts a large number of Muslim Brotherhood figures in his country, she said.

Al-Sheikh noted that Turkey acts as the leader of the Muslim Brotherhood in the world.