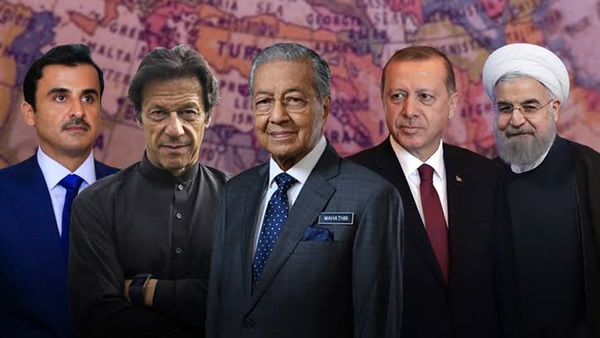 Malaysia summit giving Iran a chance to evade US sanctions

Iran will attend the so-called Islamic summit in Malaysian capital, Kuala Lumpur, between December 18 and 21, even as Malaysian Prime Minister, Mahathir Mohamed, did not announce this when he unveiled plans to hold the summit.

On December 17, Iranian President, Hassan Rouhani, left his country for Malaysia to attend the summit at an invitation from Mohamed.

The Pakistani prime minister and the Indonesian president turned down invitations to attend the same summit. This gives indications that the gathering will fail, especially in the absence of Saudi Arabia, by far the most important Islamic state.

The summit comes at a time of high tension in Iran against the background of a decision by the government to raise fuel prices. It also comes as US sanctions on Iran gain momentum, leaving a devastating effect on the Iranian economy. This is forcing Iran’s mullahs to resort to austerity measures that create anger on the streets.

On December 14, Mohamed said his country does not back unilateral sanctions on Iran.

These sanctions violate the United Nations charter and international law, he added at the Doha Forum.

He also backed Tehran’s right to own nuclear weapons as long as it did not pose threats to anybody.

Such remarks prove that Mohamed works to end Iran’s international isolation, one induced by the Islamic Republic’s destabilizing policies in the region and support to terrorist groups.

On December 18, Rouhani told Iranian nationals living in Malaysia that his country is capable of solving its problems and countering all foreign pressures.

The Iranian people, he said, are united, despite all these pressures.

He added that his country wants to solve its problems with other countries through dialogue.

Iran is ready to solve the problems of the region and the world through dialogue, he said.

The summit, he said, is an attempt to give Iran the chance to communicate with the outside world.

“It is clear that the event is organized with the aim of breaking Iran’s international isolation,” al-Hatimi told The Reference.