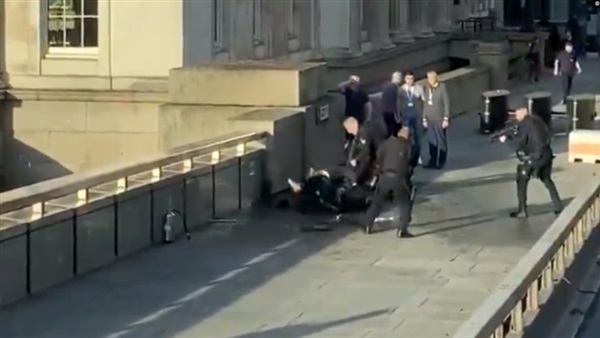 In 2010, Khan was arrested in London as part of a major counterterrorism operation. Some of the men were accused of terror charges over an “al Qaeda-inspired plot” to bomb the London Stock Exchange, UK police said at the time.

Khan, originally of Pakistan, admitted to other terror offenses involving fundraising and recruiting for a terrorist military training facility under the guise of a madrassa, or educational institution, on land in Kashmir that was owned by his family, according to court.

Khan told Sky News: “There are big questions that need to be answered.

“One of the tools that judges had when it came to dangerous convicted criminals including convicted terrorists was the ability to give an indeterminate sentence to protect the public,” he said.

“That was taken away from them by this government.”

Boris Johnson has condemned the early release of criminals after it emerged that the man who carried out the latest London Bridge terror attack was a convicted Islamist who had been freed from prison on an electronic tag.