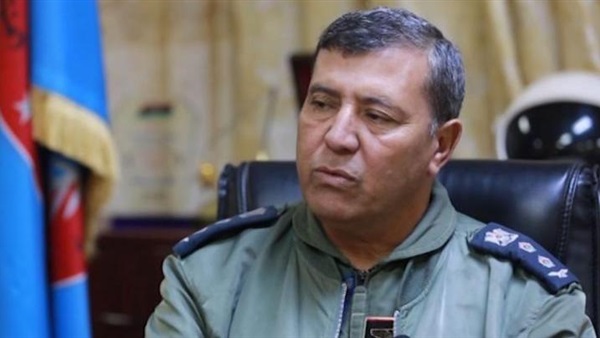 Maj. Gen. Mohamed al-Manfour, commander of the Libyan Air Force, is a professional Libyan military commander, who has made victories in Libya’s war on terrorism and fighting armed militias backed by Turkey.

Maj. Gen. al-Manfour has led the military operations that target the Turkish drones, which are used to spy on the Libyan National Army.

Al-Manfour is leading LNA’s operations room in Toufan al-Karama (Flood of Dignity) military operation to free Tripoli from the terrorist militias.  He is an experienced fighter pilot.

He has played a major role in a number of military operations aimed at wiping out terrorism from Libya.

In June, he launched an air operation to free Libya from terrorists.

He was born in Tobruk in 1957. He joined the Libyan armed forces in 1977 and graduated from the Military Air Academy in former Yugoslavia in 1988.