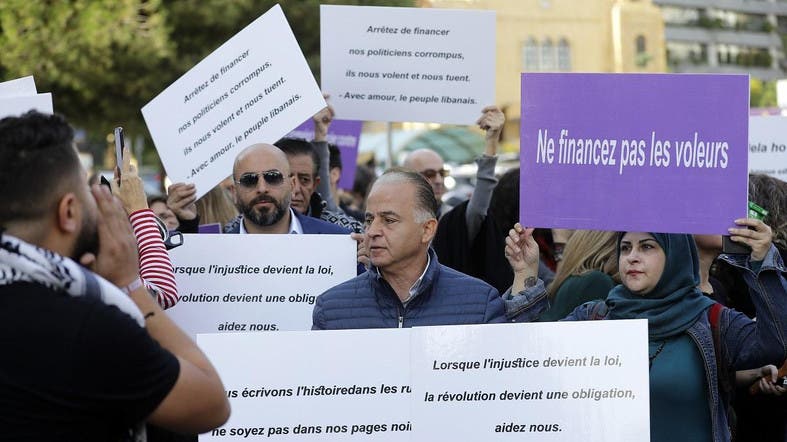 Lebanon faces a chaotic unwinding of its economy and increased instability if it does not enact swift reforms that give international financial institutions the confidence to offer support, the UN-created International Support Group (ISG) for the country said.

Grappling with its worst economic crisis since the 1975-90 civil war, Lebanon has been politically paralyzed since Saad Hariri quit as prime minister after mass protests against the ruling elite. The pound currency has slumped and banks have enforced capital controls.

“In order to halt the sharp deterioration in the economy … there is an urgent need for the adoption of a substantial, credible and comprehensive policy package of economic reforms to restore fiscal balance and financial stability,” the ISG said in a final communique after a meeting in Paris on Wednesday.

The group urged the Lebanese authorities to adopt a “reliable 2020 budget” in the first weeks after the formation of a new government and fight more rigorously against corruption.

Lebanon won pledges of over $11 billion at a conference last year, conditional on reforms that it has failed to implement. The economic crisis is rooted in years of corruption and waste that have generated one of the world’s heaviest public debt burdens.

French Foreign Minister Jean-Yves Le Drian said a credible government was needed to push through the reforms needed to open the way for international financial support.

“The ISG members consider that the support from international financial institutions is pivotal to help the authorities sustain their efforts to implement the necessary economic reforms over time,” the statement added.

A diplomatic source said the support group was intent on holding back all financial help until a credible government was in place, adding there would be “no blank check or bailout.”

Lebanese anti-government protesters held a rally earlier on Wednesday outside the French embassy in the capital Beirut to protest against the ISG meeting in Paris.

Lebanese Parliament Speaker Nabih Berri said that Paris conference to mobilize support for Lebanon showed that the international community is more concerned about the country than some Lebanese.

Caretaker finance minister Ali Hassan Khalil said on Wednesday that Lebanon’s 2019 budget deficit will be much bigger than expected owing to a “very concerning” decrease in state revenues.