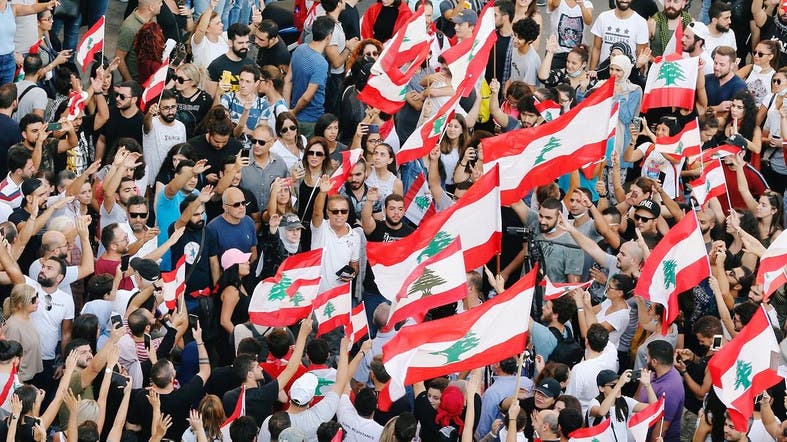 Lebanese protesters have attempted on Tuesday to block a main road in central Beirut known as the Ring Bridge, Al Arabiya’s correspondent reported.

Al Arabiya’s correspondent described the situation on Ring Bridge as tense and said it was partially cut off as Lebanese riot police arrived at the scene.

Hours after anti-riot police were able to successfully force protesters to relocate from the road, the Ring Bridge was opened to traffic. Al Arabiya’s correspondent said forces use physical force as well as tear gas to disperse protesters from the area.

Last week, army soldiers and riot police formed a barrier separating the protesters from the supporters of the Shia groups on Ring Bridge as rocks were thrown by both sides, television footage broadcast by Lebanese media showed at the time.

Lebanon’s economic crisis, long in the making, has come to a head: Pressure has piled on the Lebanese pound’s 22-year peg to the US dollar. A hard currency crunch has left many importers unable to bring in goods, forcing up prices. Banks have restricted dollar withdrawals and blocked nearly all transfers abroad.