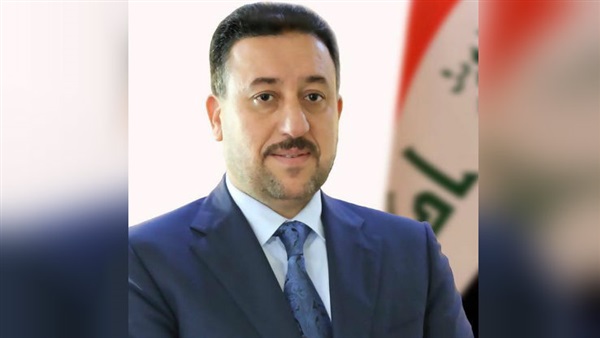 Khamis al-Khanjar targeted by US sanctions

Iraqi politician Khamis al-Khanjar was sanctioned along with three others by the United States on Friday, December 6, coming as a strong blow to Turkey, Qatar and Iran, as he represented a machine to implement the trio’s policies and projects in Iraq to keep Mesopotamia under the dominion of Ankara, Doha and Tehran.

The US sanctions included three leaders of Iranian-backed militias in Iraq: Asa’ib Ahl al-Haq militia leader Qais al-Khazali, his brother Laith al-Khazali, and Husayn Falih Aziz al-Lami. The fourth on the list, Khamis al-Khanjar, is an Iraqi billionaire businessman who left the country in the 1990s and returned a year ago.

Khanjar commented on the imposition of sanctions against him, posting on Twitter, “I did and will remain against any external interference in Iraq’s internal affairs, and with the people and their aspirations for change and salvation from the corrupt.”

“The politicized decisions will not discourage us from working to end sectarian politics, seeking to stop the violence between the people, and restoring everyone’s rights,” he added.

The Iraqi businessman has close ties with Turkish intelligence, leaders of the Popular Mobilization Forces (PMF), and the commander of the Iranian Quds Force Qassem Soleimani, as well as Qatari intelligence.

Khanjar played an important role in choosing Mohamed al-Halbousi as the Iraqi parliament speaker through his alliance with the Fatah coalition, which is led by the head of the Badr Organization and Iran’s man in Iraq, Hadi al-Amiri.

Founder of the Arab Project in Iraq

Khamis al-Khanjar, born in Fallujah in 1965, is an Iraqi businessman and politician. He owns a group of companies and commercial projects, and he founded what is known as the “Arab Project in Iraq,” which he became secretary-general of in 2017. He has been described as the “maker of kings.”

Khanjar moved from Fallujah to Baghdad at the age of 20 and became a businessman, later managing a group of family-owned businesses. He then left Iraq in 1996 to set up business abroad. His activities include the areas of manufacturing, banking, financial services, and commercial and residential real estate in the Middle East, Europe and North Africa.

He also established a group of societal institutions such as Al-Khanjar for Development, as well as the Amman-based Iraqi Center for Strategic Studies, which specializes in preparing studies and developing solutions to Iraq’s political, security and economic problems.

In an article in October 2011, Iraqi politician Ali Ajeel Manhal revealed the sources of Khanjar’s wealth, saying that it came from the regime of late President Saddam Hussein. Just days before the fall of Saddam’s regime, Uday Saddam Hussein retained a sum of $700 million. After the fall of the regime, Khanjar bought the Union Bank and became the vice-chairman of the board, and the amount of $700 million increased to $1.37 million after 6 years of illegal investment.

In 2010, Khanjar started a political alliance from the Jordanian capital and formed a political list named the “Iraqi List” to take part in the 2010 legislative elections, which took first place with 91 parliamentary seats.

Relationship with Qatar and the Brotherhood

Manhal explained in his article that Khanjar has commercial relations with one of the Qatari emirs, as well as a broad and solid relationship with the Brotherhood. He also has a relationship with the Association of Muslim Scholars, which serves as the Brotherhood’s religious arm in Iraq, and he had a role in establishing the Al-Rafidain channel, which speaks for the association. He did the same thing for the Iraqi Islamic Party led by Tariq Al-Hashimi, as he established the Baghdad channel, which is speaks for the party.

Man of all trades

Former US diplomats say that Khanjar’s wealth and close ties to Gulf states and Turkey allow him to be a secret and continuous force on the Iraqi political scene.

“Khanjar will play for anyone to benefit himself,” said a former US official, adding, according to a report published by Reuters in June 2016.

In November 2018, Khanjar received Qatari Deputy Prime Minister and Foreign Minister Mohammed bin Abdul Rahman Al Thani in Baghdad, a visit that was linked to discussions with Iraqi officials regarding the use of Qatari banks as an alternative to financial transfers to Tehran after Baghdad announced its commitment to US banking sanctions on the Iranian regime.

Relationship with Iran and PMF

Khanjar also has extensive relations with Iran and the PMF. His statements have always defended the PMF despite its crimes committed against Iraq’s Sunnis, and leaked US documents show his relationship with Tehran.

Khanjar defended the PMF and refused to dissolve it even though it is an institution based on sectarianism. He said in a press statement in February 2019, “I am against the PMF’s dissolution, because it is a government institution voted for by the parliament,” adding that Iraq needs to build an “integrated security system.”

Khanjar also has close ties with Turkish intelligence, and he met Turkish President Recep Tayyip Erdogan in September 2018 to discuss the developments in Iraq and the region, cooperation between the two countries, and the reconstruction of liberated areas.