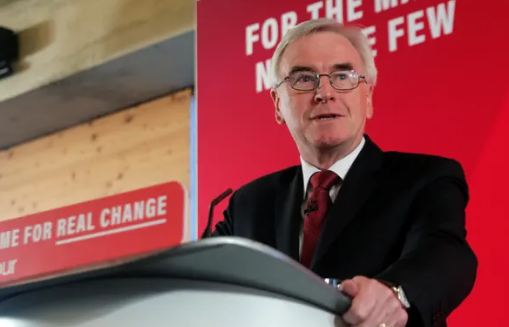 As part of a new series you can ask our political team any questions you have about the general election, and they will post their responses on the politics live blog between 12.30pm and 1.30pm on Monday, Wednesday and Friday.

Today, Peter Walker , a political correspondent for the Guardian, will answer any questions you have on the general election. You can ask your question via our form here.

McDonnell says he would hold his first budget Wednesday 5 February

If you win on Friday, what will be the first thing you do in No 11 on Friday. And if you don’t win, will you resign immediately or stay in office for a bit?

On the second question, McDonnell says Labour is going to win.

He says, if Labour wins, he will want to have meetings with the permanent secretary at the Treasury within minutes. He will want to get a letter off to the Office for Budget Responsibility, in preparation of budget eight weeks from Wednesday – ie, Wednesday 5 February.

Could you work with the DUP? You have mentioned Arlene Foster warmly twice this morning?

McDonnell says if Labour has to govern as a minority government, he will.

He has worked with DUP MPs on issues in the past, he says. He says he cannot imagine the DUP voting against a real living wage, or more investment investment.

What would your policies mean for tech giants? And would you want to break them up, as Elizabeth Warren is proposing in the US?

McDonnell says he has a group working on this. He has called for a taxation regime, “unitary taxation”, that would lead to them paying more.

He says he is not sure whether they need to be broken up, or whether proper regulation would address the problems.

But they do need to be more tightly regulated, he says.

He says there are questions about their whole role in society – not just the amount of tax they pay. He says this is a global debate. He is glad it has started.

Do you think the election will be decided in Labour heartlands? And why do you think there are people willing to vote Tory who have never done so for decades?

McDonnell says the election will be decided everywhere.

He says, although Boris Johnson is touring marginals, it is striking that he is not mixing with ordinary people.

He says Johnson is “probably the least trusted politician that people have ever experienced”.

He says a lot of people will agree with what Arlene Foster said this morning.

He also says he thinks people will be surprised by the election result.

McDonnell says it is now clear that Boris Johnson would not be able to get Brexit done quickly.

Despite all his promises it is clear to all now that far from getting Brexit done, under Johnson Brexit won’t be done for years or we risk a catastrophic no deal.

He says he agrees with what Arlene Foster said this morning (see 9.23am); you cannot trust Johnson, he says.