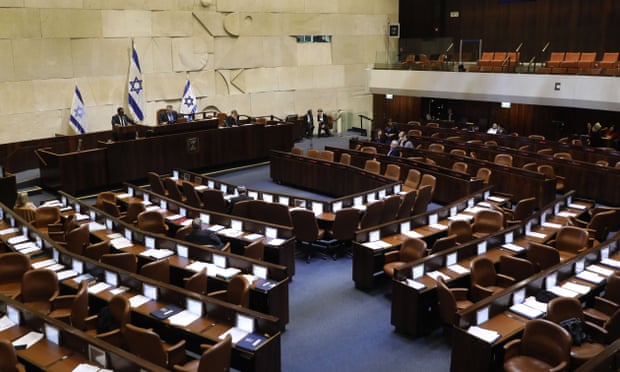 Israel is set to hold a third round of elections within 12 months, after a deadline to form a government passed with no politician able to bring together the disparate parties.

A time limit to forge a majority coalition in the country’s parliament, the Knesset, expired at midnight on Wednesday, automatically triggering a fresh national ballot.

By law, the poll cannot be held for three months, extending a political deadlock that has paralysed the country deep into next year. Lawmakers were debating late into the night on holding the vote on 2 March.

Israel has been gripped by political paralysis for the best part of a year after two inconclusive votes gave neither Prime Minister Benjamin Netanyahu nor his rival, Benny Gantz, a clear lead.

Both men have attempted to cobble together a 61-seat majority, while also stalling each other’s plays for power. A final 21-day period in which any parliamentarian could be nominated as prime minister also ended with no frontrunner.

The development is seen as a boon for Netanyahu who had feared a last-minute deal by the opposition would end his decade-long run in power.

However, under indictment in three substantial corruption cases and facing a small but vocal party mutiny, the leader of the right-wing Likud party immediately enters a new battle. The looming charges have weakened Israel’s longest-serving leader, and he will likely have to face a party leadership primary on 26 December.

He is largely expected to win, although recent polling suggests his popularity may have taken a hit for the forthcoming national election.

The political stalemate has played out during a fraught time for Israel. While politicians have bickered and traded blame, the country has fought on-off fights with militants in Gaza. Meanwhile, an increasingly open conflict heats up with Iran, Israel’s arch-enemy and a regional powerhouse.

One option to end the domestic crisis was for the two main parties to join together in a unity government, as they would have more than enough support for a 61-seat majority. But there have been vast differences between the rivals during negotiations on key aspects such as how the next administration will look, including who leads it.

Gantz ran his election campaign on the promise to topple Netanyahu, making it difficult for the opposition leader to accept a power-sharing deal without losing credibility.

The prime minister has insisted his traditional allies from hardline nationalists to religious parties be included in any unity government, a precondition Gantz has rejected.

Netanyahu was also reported to have demanded he serve first under any rotation agreement with Gantz, as he would want to remain in office as the court cases start rolling. If he retains the role of prime minister, he is not legally-obliged to step down from public office and could use his position to push for immunity. Netanyahu has denied all allegations as a “witch-hunt”.

Fresh elections are expected to cost hundreds of millions of pounds and many fear bitter campaigns seen in the previous two rounds will further divide the country. Netanyahu was widely accused of racist scaremongering focused on Israel’s Arab minority to rally support.

“Keep your children away from the television,” said Yair Lapid, a senior member of Blue and White, saying the campaign will be a “festival of hate, violence and disgust”.

“What used to be a celebration of democracy has become a moment of shame for this building,” he added. “There are only three reasons for this election — bribery, fraud and breach of trust,” he said, referring to the criminal charges filed against Netanyahu.

Netanyahu did not attend Wednesday night’s vote. In a video on social media, he accused Gantz of conspiring with Arab leaders and “forcing” new elections. “In order to prevent this happening again, there is only one thing we must do: win and win big,” he said.