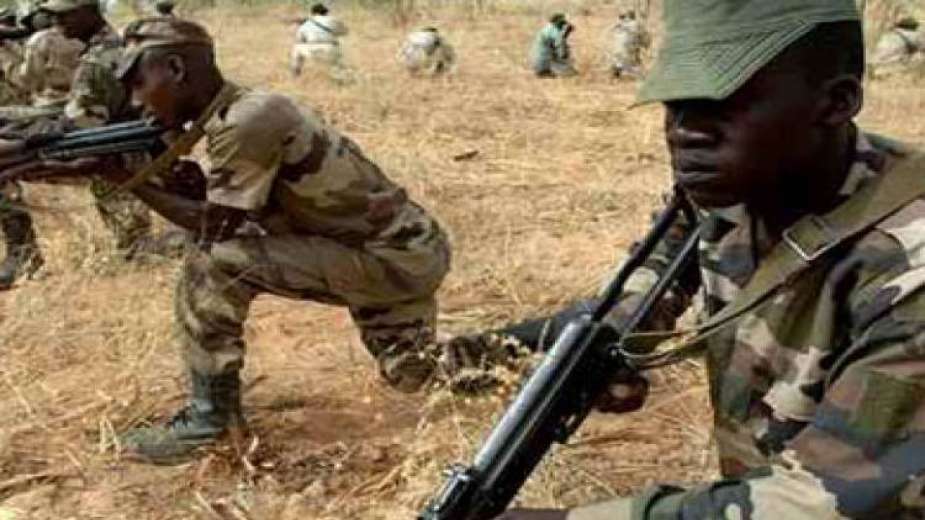 Killing 71 soldiers after Islamist militants attacked an army camp in Western Niger, was the deadliest assault on the country’s military in living memory.

ISIS has claimed responsibility for one of the deadliest attacks on Niger’s military, which left 71 soldiers dead and 12 wounded.

The attack expresses an evolution in the terrorist organization’s tools while it reflects a disgraceful failure of the Nigerian army. The organization practices guerrilla warfare through double ambushes in which artillery and car bombs are used, and large numbers of trained members of the organization participate in it.

Information indicates that they have reached a hundred participated in this The horrific brutal attack, and they used, according to the Nigerian Ministry of Defense, a rare violence that nobody could stop or prevent

ISIS claimed on social media that it managed to seize the military base for several hours, and that it stole weapons and ammunition, including several tanks. The terrorist group did not provide any evidence to support its claim.

The control strategy is led by French forces within what is known as the “Barkhan” operation, which began in August 2014 in cooperation with five countries in the Sahel and Sahara region known as G5 Sahel.

President Mahamadou Issoufou who was in Egypt at the time the “tragedy” took place had to cut off his trip to return home.

The G5 Sahel countries; Mauritania, Mali, Chad, Niger and Burkina Faso, held an emergency meeting that was scheduled to be held in Ouagadougou, but it was held in Niamey in solidarity with Niger.

The attack came just days ahead of a summit in France between President Emmanuel Macron and leaders of five West African leaders to discuss the deteriorating security in the region. Niger is a member of the G5 Sahel force of troops from Mauritania, Mali, Burkina Faso, and Chad set up in 2014 to tackle insecurity.

Following the attack, French President Emmanuel Macron agreed to postpone a summit with the leaders of five countries in the Sahel region, a band that stretches along the southern edge of the Sahara.

The meeting was scheduled for next week to discuss France’s military operations in the region. France has been in Mali since 2013, when Islamist militants seized towns and implemented Sharia law. Macron is expected to ask the African leaders whether they want French military presence, as anti-France sentiment has been on the rise there.

1- It seems that ISIS is searching for an alternative scope of its activities after losing its main position in the Arab world in Iraq and Syria, and the Sahel and Sahara region is the most ideal place to transfer its activity, as the organization appears to expand and prove its presence through interaction with tribal and local powers and through its ability to Presenting itself as the main force in the region, which is the size of al-Qaeda’s influence in that region, which was a traditional area of ​​its activity, and there are clearly large transfers from al-Qaeda to ISIS.

2 – The last operation indicates the danger of the organization expanding to the neighboring countries of the Sahel states, especially Nigeria, and may extend until it reaches Libya and the Middle East, which the French Foreign Minister warned that terrorism is permanent in the Sahel region and there are new terrorist groups that form an arc that may extend to the Middle East Across Libya.

3-France believes that the participation in the fight against terrorism in the Sahel should be expanded by the involvement of European countries in it, including NATO itself, and there is a United Nations force and an American force present, in addition to that the five Sahel countries seek to form a local force of five thousand soldiers, but they are still unable alone From facing an increasingly powerful force of organization.

4 – The organization wants to demonstrate that it is still able to carry out major operations after the killing of its leader Abu Bakr al-Baghdadi, and if the force of the operation in Niger can be explained to the fact that the Sahel groups led by “Abu al-Walid al-Sahrawi” express the effectiveness of their presence and prove themselves in the face of what they considered An unknown pledge of allegiance to the new leader of the organization, Abu Ibrahim al-Hashemi al-Qurashi. This does not mean its separation from the organization, but rather proving its symbolic status with a local character as a state that represents the main force in the Sahel and Sahara region.